By Navin March 21, 2007
Mario is super hit game character. Mario was first seen on Nintendo Entertainment System(NES)Nintendo Entertainment System(NES) was a big hit around 10 years ago. It was the only gaming console by then. These modified chinese NES are still available for around Rs 500 in the market. When i first got NES, i'm told it costed around $4500. The catridges were the most expensive. I had one Catridge called 'Super 1500 in 1' and that thailand woman charged me Rs 1500. Other single game catridge costed me no less than Rs 900 or Rs 1000(Now it's Rs 50 to Rs 100).
It was time of NES, then SEGA saturn entered the market of ktm but it wasn't popular. Slowly playstation 1 came, dreamcast also was seen, playstation 2 came which is now a big hit. Now, names like XBOX , XBOX 360, PS3 are the buzz in peoples mind. 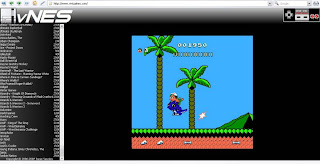 Those sidescrolling pixel-image based 8 bit NES games are playable online. I'm talking about a site called www.virtualnes.com
I tried and tested, it's working. One needs to have Java RunTime Environment. If they have JRE installed, they can bring the nostalgic moments playing more than 600 favorite titles. I was fond of mario,super island etc. I still like super island. I played few minutes there. It worked fabulously. And games are not downloadable. It's playable online only. That's why it's Virtual NES.

So, it takes time(2 or 3 minutes) loading a game. I was having trouble with the keys, just double clicking the game screen made the keyboard keys work. Oh,... the keyboard keys are "Z", "X" and the typical old arrow keys for direction.


By the way, i play those games via NES emulator offline. Geeez