By Navin April 30, 2007
Anyone who is fan of 'superman' knows how powerful and genuine, he is but just in fiction. In real, 'Superman' is just an imagination of it's creator but as a kid, i always dreamt i could fly like him 'up up high in the sky'. Anyways, i fly around a lot in my dream and i feel like superman when i get sensation of being flown within that part of world.

I watched almost all movies Superman I,II,III,IV played by Christopher Reeve and they're so wonderful. After that, no major release of this character has been seen until the latest "the superman returns" played by Brandon Routh. Christopher Reeve and Brandon Routh, these two actors looked so similar and i felt they're lookalike to each other. Christopher Reeve died few years ago and his untimely death, it has it's own cause, be it superstition or not. Many believed that there is curse behind this character. Anyone who acted as "superman" had been engulfed into so many troubles. They all had same fate, unnatural death. May be this generation is not ready to accept this but so many actors, well-built and most suitable for the role, turned down the offer.

But this new daring actor Brandon Routh has once again relived as a superman and brought smiles to superman fans. 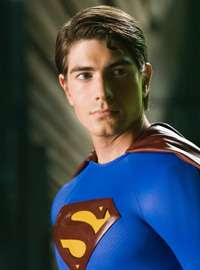 Now, the time will tell us if this curse is for real or is it mere superstition. Whatever it is, the chemistry between clerk kent viz superman and reporter Lois will always be there.

While searching net for this 'curse of superman' thing, i read an interview where Brandon Routh was asked by Kate Wright as ,"
Wright: Some people have said that Superman is cursed, are you worried about that at all?
Routh: I don't live my life out of fear, so no I'm not… "

Besides, for fun sake, if someone is willing to create his/her own super hero, one can do online here. Create your own superheroes at:
http://www.ugo.com/channels/comics/heroMachine2/heromachine2.asp

Anonymous said…
Like speed says malai ni spider man nai man parcha. Superman is this old guy(older then us) but spiderman(Peter Parker)is about our age and it's fun to compare spiderman with myself and my Mary Jane.
April 30, 2007 at 9:44 PM

Navin said…
umm.. pretty good. i loved HawkMan,Green lantern, WonderWoman,Batman etc in comics. Batman movies are not as good as it's shown in comics. dunno why. X-men and spiderman, their effects are great and they are superior in watching than reading their counterpart..ah.. comics.
May 1, 2007 at 11:26 AM

Nirab Pudasaini said…
I like the animated series more than the movies. I have read a few batman comics and spidermen comics. And as for X-men i love reading X-men novels.
There was 1 psycho friend from my school who have this craze towards spiders and he used to catch spiders and play with them for hours and sometimes he used to pute the spiders in his hand and he used to south "tok tok saley gadha tok bhaneko suninas".
May 1, 2007 at 5:25 PM

Anonymous said…
But still after krish and dhoom-2. I love to see hritik in some this kind of roll. I hope papa roshan (hritik’s) can do something in it.
October 2, 2007 at 7:26 AM

The Top 7 Worst and Notorious Websites in Nepal

By Navin November 14, 2008
Some of my readers suggested me to make a story on the Worst yet notorious Websites originated from within Nepal. Didn't matter even if it's hosted on US servers. In fact there is no single server in Nepal hosted that way except some low-end, poorly maintained intranet and locally limited network infrastructure. It took me approximately 3 weeks to study some notoriously popular websites in Nepal and finally I'm able to come up with this article. This article is purely based upon my research and hereby want to clarify there is no egoism and vengeance involved. I read other hundreds of links to confirm and support my verdict on the 'Top 7 Worst Websites in Nepal'. Anyone affiliated with the following websites should take it as a measure of improvement and constructive criticism rather than fuming on what's written here. Lets start with something as an example to make you understand what the theme of this post is. Check this out: www.ikissyou.org Once you ch
29 comments
Read more