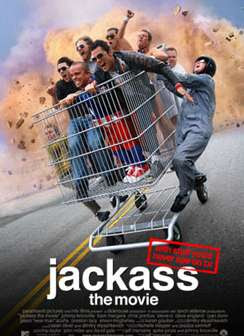 As a fun lover, (well to be true seriously a prank lover), i recently enjoyed watching a movie called 'JACKASS' the movie. I got it firsthand ripped in one DVD with both series of this movie like 'JACKASS' I and II.

I liked PART II much since it's not only stunts but seriously pranks too. It'll definitely give you ROFL experience all the time. The one that i enjoyed much is the prank played by one of a guy who is acting a Terrorist and he was the prank on a prank. Like MTV Bakra Style. One gotta watch this to have serious fun. Besides, there is an old momma, precisely a bitch, who just keeps showing her 90 years old titties hanging up in public and people gets scared and run away. That part is much hilarious. And that 90 years old bitch is non other then one of the crew jackass acting up and disguised like an old momma. 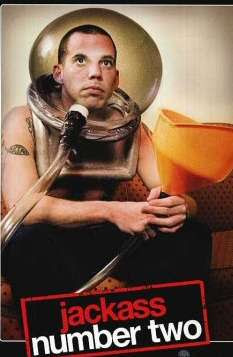 Steve O is getting ready for FART-BLAST and he vomits after he gets smell in tight air-locked vase, just FART FART inside that Glass 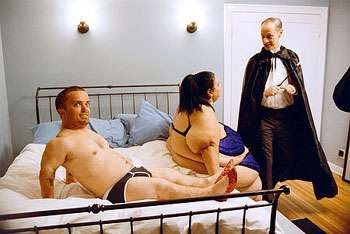 And there is a shortman called WeeMan, ha ha ha ha, he runs naked in the middle of gentlemen conference and all the men/women's eyes were like AAAAAA.. you know what i wanna mean. That's too much load of laughs.

In addition to pranks, lots of lot stunts are there and they are funny in other way too. Like sticking balls in cold ice cube and someone pushing him hard which leads to rash on his balls skin and he's moaning in pain and at the same time, his other friends laughing sarcastically. Those bunch of guys are too hilarious. 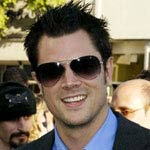 Conclusion: Must watch this video if you are a serious fun lover.

If someone likes this movie, i recommend anyone to watch borat too.

Anonymous said…
Hehe! I didn't know you were a Jackass Lover!
Hmmm, I've never watched this. I wonder if I will be able to watch some of the stunts they do!

Navin said…
winks: prerana, yeap, i'm kindda sober at first but once stranger became my friends, i'm a total wild animal. They tempt to comment, where is that old navin, who is this new navin. anywawys, thanks for the comments..
May 26, 2007 at 11:47 AM