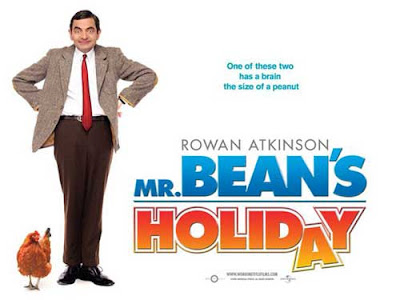 I'm a great fan of Mr. Bean, a British comedian. I've enjoyed all his movies which is a fun and hilarious to watch. There has been a recent addition to his movies. "Mr.Bean's Holiday". In this movie, Mr. Bean wins a vacation trip to Cannes, France. He also wins Camcorder and his new adventure with his camera leads him to another fun-filled tension which we as viewers would definitely gonna love and enjoy. I really enjoyed watching it, what about you. 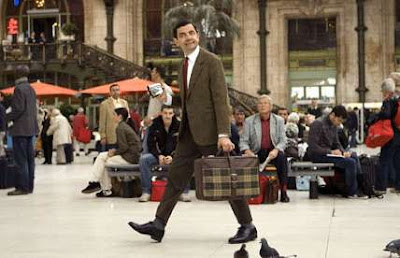 This movie is extra hilarious and his gestures.., I'd love to watch this movie again and again. There are moments when we witness the conflict rose because of the conversation between French and British. All his journey to Cannes, it's filled with humorous moments.

If anyone wants pure entertainment, then follow the Mr. Bean series and it's his latest addition. 'Mr. Bean's Holiday'. A definite 'Watch' even for a first-timer. Besides, i can't criticize on his movies, because i love his escapades. If anyone interested, watch his other movies too like all his series Mr. Bean Part 1 to Part 8,Mr Bean(feature film),Johny English(he knows no danger,he knows nothing),Keeping Mum,and lot others.. Oh yea, there is animated series of Mr. Bean too(which i didn't like much as original character),truly.