By Navin June 15, 2007
Internet chatrooms are filled with chatters of all kinds. Some take it as fun, some take it as an educational purpose and some took it damn seriously. 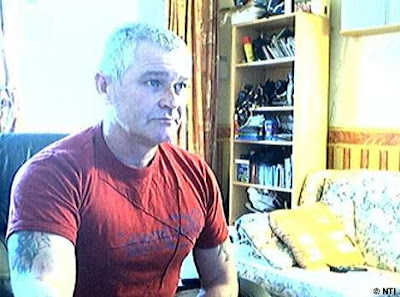 Kevin Neil Whitrick,42 years old Bristish, an electrical engineer by profession, father of 12 years old twin, hanged himself to death after being provoked by other chatters in the chatroom.

Kevin Neil Whitrick whose nickname was Shyboy-17-1 in paltalk.com, was found to be living solitude life after the split with her wife Paula and involving most of his time online chatting. It was also found he had a serious car accident many years ago and he was not fully recovered. The connections of all these issues are being joined with his suicide. It was believed he was drunk all the time and the evening he died, he was drunk that time too. 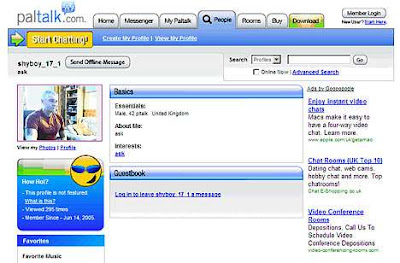 It is one of the chatter who informed police about all this incident after he saw Kevin Hanging himself and dying in the webcam view. Some thought it was just a hoax but somehow someone managed to call cops and when cops reached the scene, he was already dead.

Police are still investigating on the chatters who were there talking to Kevin. I don't know why people take seriously this online thing especially, this chatrooms. They shouldn't care what the f**k others say. Now, Kevin is dead and all those are equally responsible who made him dead. They taunted,egged him if he could do(die) or not. And finally, out of frustration, he did that stupid act.

Chatrooms are just mere chatrooms, we should learn from them, we should teach people about things, we should interact but when the limit crosses, something unusual happens which we should avoid by any chances. It's true and personally i've also felt that many times, i felt like blow my monitor screen out of rage when i can't get that insulting gross being on other side,but it's better to be wise than fool. If i would've smashed my monitor, i would have proved myself as a fool. My only concern is not to take these chat things so seriously, not even when we're boozed. Chatrooms are just chatrooms, people are real in the form of text/audio but that's not a real world. Real world is different. It has it's own perspective. If we are ready to take it that way, we'll win else we'll always loose. Don't be another Kevin. RIP Kevin.
-->Kevin Whitrick wiki

Binay said…
Well according to the wiki you posted, he didn't kill himself because he was provoked by other chatters. Rather, he already had suicide plan in his mind and killed himself turning his webcam on. He deliberately joined a 'special insult chatroom'.

This is how the wiki reads:
He was in a chatroom on Paltalk and was joined by about 50 other users in a special "insult" chatroom where people "have a go at each other".[4] He revealed his suicide plan to the audience in the room, most of whom thought it was a hoax. Reports from within the room say that Whitrick "switched on his webcam, stood on a chair, smashed through his ceiling to expose a joist, tied a rope around his neck and hanged himself." Some people in the chat room egged him on while others tried desperately to find his address. A number of members in the room contacted the police, who arrived at the scene within minutes. Whitrick was pronounced dead at 11:15 p.m. GMT.[1]
June 18, 2007 at 5:14 PM

Navin said…
yeap bro, but after all, he killed himself. One should not be provoked just because someone provokes. May be he has earlier intention to suicide but ultimately, the chat session became reason of his death.
June 19, 2007 at 3:09 PM