By Navin June 23, 2007
Yesterday, Indian channels elaborately aired the live telecast of Atlantis Shuttle landing on earth. The specialty of the show or say the main attraction of all Indian channels was Sunita Williams, an Indian Astronaut. I came to know she broke couple of previous records like she stayed 6 months alone in space and she did longest space-walking(spaceflight). Before no female astronaut were able to do that. Yesterday,she's the center of attraction.

It was amazing experience to witness how a dot like thing in blue sky turned to flying metal bird Atlantis shuttle. In wholesome, it took around 16 minutes for shuttle to land on earth from space. It was supposed to land on Florida airport but due to climatic change, it has to change it's path and land on California airport.

While entering earth's atmosphere, shuttle has to go through immense resistance causing lots of friction to it's metal body which has special scientific coating to prevent burning down. Even after landing on earth, shuttle was calm for few minutes and no one easily approached the shuttle because, it was commented that shuttles surface could've brought some sort of radiation or harmful gases alongside. So, scientists were on protection suit while inspecting the shuttle which was on total halt.

It is told, those astronauts will be taken to hospital for medical checkup due to immediate change in the environment.

Below are the pictures of her: 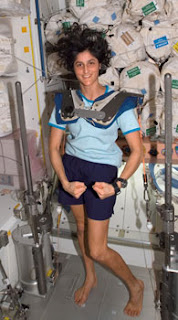 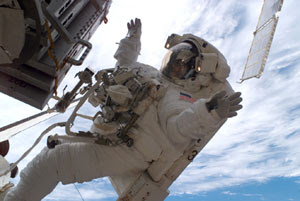 And, these pictures below are captured from TV, credit goes to me. 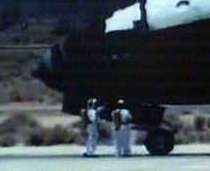 To know more about the shuttle,mission and the crew, click here below
http://www.nasa.gov/mission_pages/shuttle/main/index.html