By Navin July 03, 2007
On June 25, 2007, Benoit, his wife Nancy, and their 7-year-old son Daniel were found dead in their Fayetteville, Georgia, home at around 2:30 p.m. The Fayette County, Georgia Sheriff's Department is currently investigating this case. Lieutenant Tommy Pope reported to ABC News that police entered Benoit's home on a "welfare check" after several missed appointments, leading to concerns. Pope also stated the police are not searching for any suspects outside of the house, as the instruments of death were located at the scene of the crime. 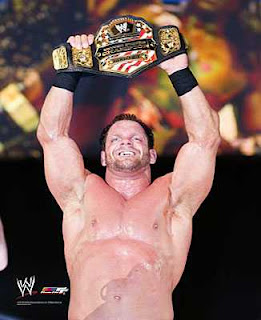 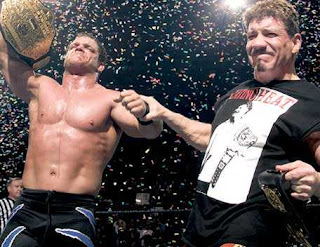 Last year, Guerrerro died and this year Chris. The initial reports says they both were drugged. Don't do Steroid. It's reported Chris killed his wife and son under the influence of drug. But whatever, we lost some best wrestlers, our entertainers. R.I.P Benoit and Guerrerro.

Navin said…
so sad yaar.., years of training and see how these people are ending their lives.. at least they could've lived their lives at fullest.. anyway, RIP to those great entertainers. i still don't believe, this guy is dead.
July 5, 2007 at 12:14 PM