Around the world , techno Gossips

By Navin August 04, 2007
Whaack.. those two nasty buddies of mine, Tiger and Sheru, i washed them today. ha ha ha ha ha. Sheru is very strong and he almost left me fall on the ground but i didn't let him.. I don't know if you guys know this or not, if dogs are quarrelling, just shower them with a bucket of water or two. It is because, they are quite unfriendly to water and run-away,scare of it. Anyways, they are so clean and i can see they were so happy to see/smell their clean fur. Is this a techno gossips?? certainly not.

aghrrr.. Did you know, Microsoft lowers Vista Price in China. Approx. for Nrs. 4000, Vista is available in China. That's $66 for Windows Vista home versions. They have this home version, professional version things because, home versions are the stripped down version of full-fledged version. It's definitely a Microsoft's policy to increase sales and discourage the piracy. Amidst lots of frown faces, bargains and criticism, Microsoft sold almost 60 million Vista licenses by the end of June. Ha ha ha, in Nepali, we call 'kaag karaudai garcha, pina sukdai garcha' . I mean no matter how much noises and fumes come over, it doesn't bother the Giant much. I happen to see so many blogs,forums,sites who criticized Vista but seeing 60 million sales.. ha ha ha.. i've kindda feeling you know.. anyways.. Microsoft rocks. They've so many bugs to fix and patches to release for Vista. That's my personal opinion.

Did you know Sir Elton John is a gay? ha ha ha.. that's not my topic of writing here. Well, for sir Elton John, Internet is a curse. He thinks people is loosing their social life as everyone is listening music on internet and blogging all the times according to him. He says " the Internet has stopped people from going out and being with each other, creating stuff" according the SUN magazine. (By the way, i read this mag herein ktm, indian version. geez!! ) He's much worried because he's loosing his real life audiences and he even suggested to shut internet down for five years. What do you say for him?? He though let his fans buy his tickets off his website. Irony, yeah?? ha ha ha ha.. anyways, i don't want to tag him hypocrite.

Have you guys been noticing anything on the far bottom-right of my blog? The Label-headings like :
Latest Security threats and alerts
Software Updates
Virus Meter
What do you think these are ?? you know, these are the stuffs you should never miss.

Latest Security Threats and alerts, here all the main headlines regarding the recent threats and security news keeps feeding in.
Software Updates: These are the real time-savers and possess good utility.
Virus meter: umm.. these are something i never miss. i mean which virus or malware creating havoc around the world. i take a note of this section particularly, everyday.

I'm sick of reading news of software pirates being busted. But i read them anyway. Recently, an Illinois man,Timothy W. Hall,35(US state) was sentenced to two years in prison for violating copyright law through the unauthorized sale of video games on his Web site(Morbidbackups.net -site is down by now), the U.S. Department of Justice announced late Thursday. He's fined US$1,200 too. Now, i'm going to show the figure how much he earned since 2001. $266,000, yeap, that's correct and he's fined only $1200. His site sold stuffs like video games, for Xbox,Gamecube,PS2 and other platforms on CD-r,also DVD's of movies/TV programs etc. 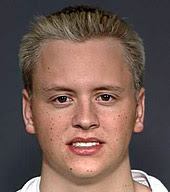 Christopher Smith
Whew!! a spammer has been sentenced for 30 years in jail. Christopher Smith,27 years old,who used the nickname "Rizler", was sentenced to 30 years in prison. This guy has made millions of dollars selling medications online. If you wonder why those emails notifying you of all cheap Viagra and other medicines come to your inbox, then credit goes to people like Christopher Smith "Rizler". Wow, now spammers, beware, you may get 30 years jail sentence. Be scared, be very scared. Its no doubt, his life is ruined. I mean spending almost 30 years of his lifetime in jail is going to be worst for him.

well, i just checked the site(u provided) above where google was declining the rumors if google is manufacturing cell phones. That's not true. I also heard Google Operating system. hehe.. that too was rumor and ended up being www.google.com/ig
lol

So, google has been trying hard to create services for mobile/portable devices.