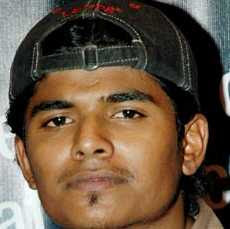 When I watched the first Gala Contest in Indian Idol 3, Abhishek Kumar was my first expectation to become an indian idol. He was stunning singer and very good performer. His performance started off being so good to no good at all lately. Yesterday, he chose very hard song and couldn't go with the flow. At times, i felt him out of 'Sur'. I thought indian idol is what it is because of singers like Prashant, Amit and Abhishek.

It is disgrace to see and listen to such a bad singers like deepali,pooja and chang still on the show whereas it's utmost upsetting to see singers like Abhishek and Parleen go off the show.

I don't know why i've some strange feeling that this time, indian idol would be a girl because those judges are giving hints so as to make a girl an indian idol anyhow no matter what. May be they are sick and tired of seeing male idol. 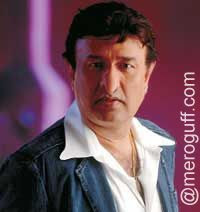 These indian idol judges are the most funniest bunch of fools(no offence..arrrgh..excuse me.. that's how i felt). It is because they act like kids fighting for their choice of toy. I don't care if they are good in their field or not but as a viewer i entertain a lot watching them fight. Anu Malik is one of the retards who blinks like a monkey after he sees the votings of public. He thinks public voted against his approval. I mean every time public voted them higher whom he sprinkled with his bad and harsh and comments and vice-versa. And, that look at his face, that's watchable and makes me go paranoid. 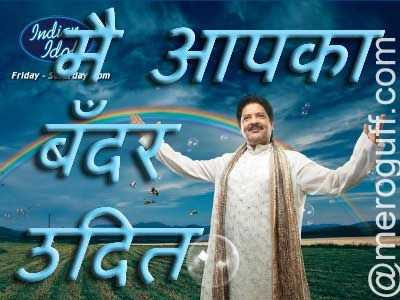 And, for other two judges Alisha and Udit, i've no more words to say(in their style) except 'cartoons'. Yesterday, when i heard Udit saying " If you sang Bad today, you'll be geography ". --- There was no limit of my laugh(ROFL). After few sec, Alisha the princess(who thinks herself as some princess and dresses up like Mario's Princess) figured it out and boldly fired back as a good English teacher,"Stupid, it's history". Udit blushed like a glowing night lamp out of shame and for his third-class english. So, these are the judges of Indian Idol. And, Javed Sir!!! i've no control on my laughter thinking how this old man would be reacting while making out with his young wife. Would it be starting with " Dekhiye!!! waha lett jahiyeee.. " hahahahahhaa

Anonymous said…
& that picture of Anu Malik!
AHAHAHAHAHAHAHHAHAAHAHHHAHAHHA!
He's such an idiot.
August 5, 2007 at 8:27 PM

Navin said…
We've to believe he is out, Prerana..

Navin said…
Sulav, Eagles Eye :) i won't do such mistake again. you are right.. it should have been the way you've written,

Namit, Ankita is good contestant out there. I think i didn't say anything harsh comments on her.. So, not all girls, only those two girls who are bad singers. I still insist on it( ehehe)

Ashish bro, i think there is some influence of judges on the decision made. I don't believe that Abhishek got da lowest votes.
August 7, 2007 at 1:55 PM