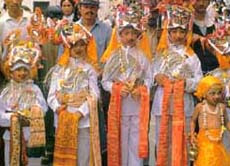 Today, GaiJatra, a Nepalese festival where procession of cows is marched around the city with all the wicked attires and it's National Holiday too. I don't know much about this festival but i know that it is celebrated in the memory of parents who passed away long time ago. It is also said, one should participate this festival whose family member has passed away within a last one year. Besides, people makes jokes,fun and mock people with their funny and humorous attire and gestures. Girl dresses like a guy, guy dresses like a girl, some where even made-up as a cow. Those participating,splash water to attenders who watches them, they run away and are chased and again this goes on and on. This kindda looks crazy but people enjoy this festival.

Besides, this is the day or say season when major publications publishes humorous colorful magazines satiring all the present context of the country from Politics to students,household,culture everything. Magazines are filled with funny cartoons and wicked articles. This is a funny festival where people tease others and at the same time pay tribute to their passed away one.

These are some funny pictures below: - 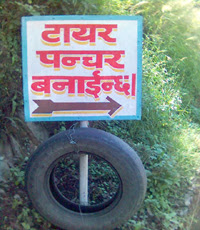 It says in English, "Tyre Puncture here". Who would go there to puncture their vehicles tyre. 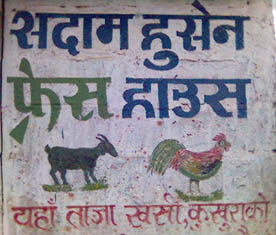 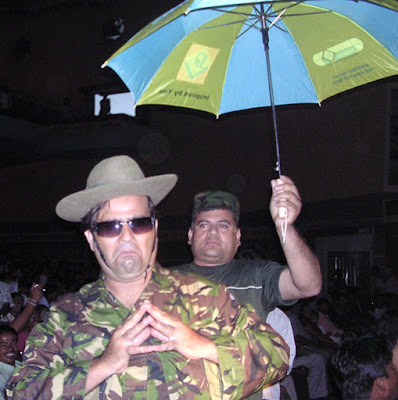 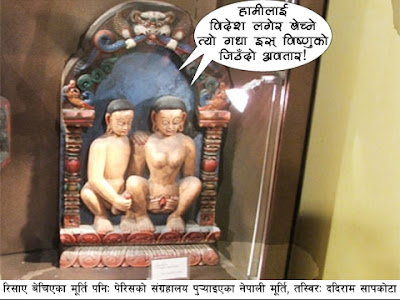 Our Smuggled antique of lord Bishnu, someone added caption to criticize smugglers. I don't know the meaning of hands on the genitals by those figures. 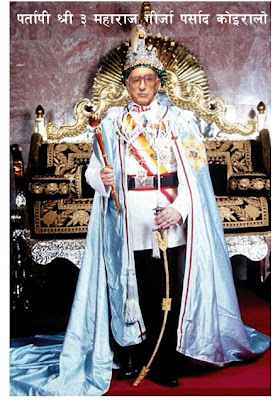 Anonymous said…
This sounds so much fun.
Guess everyone has a good time despite remembering their lost loved ones.
August 29, 2007 at 7:40 PM

Navin said…
irony!! i didn't go outside today to watch this festival.

Anonymous said…
These are all nice Guru picture he is good Guru guy and this my first comments wish he all the best.
April 23, 2008 at 6:15 PM