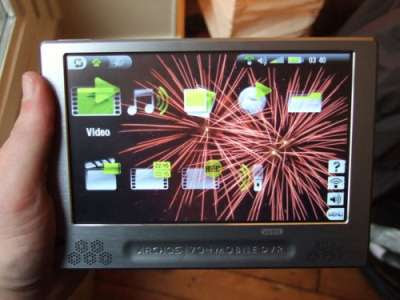 I've always wanted to own Archos Portable Media player. It's features were so damn good since the time i knew that it existed. My wish list notes filled with it's early old devices(which were so new and fancy back then).. when i look back, read them now and at present i make a grin myself thinking how fancy these were on those days. Now, it's already hard to imagine owning it. They were kindda obsolete but when i made note, it was something so desirable to own. 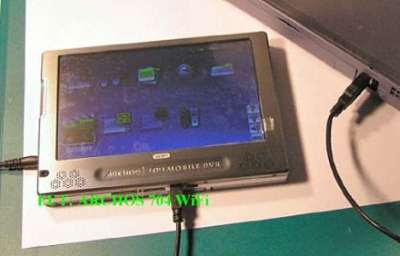 The latest Re-incarnation is ARCHOS 704 WiFi portable media player. It's my new wishlist. Price is $249 and i assume it'll go down more and more in coming days. If we spend extra bucks, we can expand it's horizon of services it gives back to us. But still at price of $249, some middle class in US think it's pretty cheap and affordable. Comparatively, it's cheaper than it's other competitors. That's the bottom line.

I've watched it's video someone describing and showing it from all angles. It's very lucrative, very sexy and very geeky. The only thing bothered me is all those plugins and extra accessories to spend money for. It has wi-fi, if i want to surf internet, i've to spend extra bucks something near $40. If i want to make other media files to play on it, we've to buy plugins for it. If i want to show the files on it to TV, i've to buy another dock station like thing. It seems Archos has different marketing strategies, by letting people own it at low price and making them pay more and more during the operation of device. It's just like you buy NRs 1500 inkjet printer and spend money for NRs 2000 ink catridges. 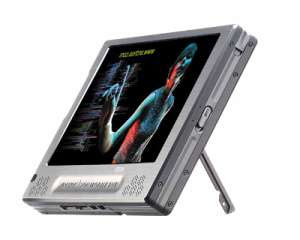 To talk about it's features, it has got 7-inch 800x400 resolution TOUCH SCREEN. Yeap, TOUCH SCREEN, just feel so involved with this device using your finger tips to navigate into media files. It's available in 40 GB, 80 GB and more. It also act as portable TV. One can surf internet, watch all kind of videos, listen to different audio formates, etc. Battery life is 25 hours non-stop listening and only 5 hours of viewing. 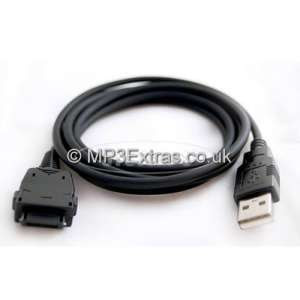 The only bad things i found about this 704 is that it's battery is inbuilt and non-detachable. And, the money to spend on it's plugins, that's something very discouraging. Besides, it's USB port is not the usual one, it has got it's own proprietary USB cable. The one that attaches the player is proprietary and the other one which connects to computer is the same universal one.

Anonymous said…
Waaaoowww, looks cool tara mero lagi ta... hmmmm, don't think it would come to much use.
Looks nice although I would rather spend that money on clothes hehehehhe
September 8, 2007 at 4:55 AM