My another rambling on Halloween

By Navin November 07, 2007
This post is supposed to be made on Nov 1 but i got little disoriented due to my other businesses in real life.

Trick or Treat!!! this is one single phrase that is so popular among people during Halloween season(Halloween is always on Oct 31, no matter on which day it falls). I really have no precise idea on what Halloween is and why it is celebrated(i think one can search wiki for that). I'm sharing my own experience of this festival here in Santa Cruz. I even don't know how it's celebrated all across the United States. One thing i came to know though, is that it's not limited to USA only. I mean other people from other countries also celebrate this festival like UK,Some European Country,etc. What i saw is people put the Pumpkin outside their houses,pumpkin carved in such a way that it looks like some funny smiling character. Obviously it's made hollow from inside and dim candle light lit inside, it's clear after evening. Kids wander around their known ones houses, they knock the door, they say 'Trick or Treat' and house owner simply says something good about the kid's clothing or attire and then house owner gives some candy and sweets in the bag which is put opened wide by those kids. It simply looks and feels like 'TIHAR'(Light festival in Nepal where people worship goddess of Money,'Laxmi'..just like Deusi-Bhailo). I could see so many groups of kids darting around. Well, this is one aspect of the festival.

I was told that in downtown, people comes with strange attire and dressups, they make procession, they sing,they dance and blah blah blah.. That really sparked interest on me to watch this Halloween Festival on downtown. So, i headed to downtown and when i saw those people. Really, guys.. their attire was totally shocking. Some were almost naked. I saw two girls on sidewalk french-kissing each other and bunch of drunk guys wooing on them. As i kept walking, i saw some woman with naughty attire and exposing something private. They all were totally boozed. What else, i saw Elvis Presley(my idol) on the road, Big Hulk, dead corpse, dead princess, Jesus, jugglers, street bands, Frankenstein, blah blah.. Almost all were totally dressed up uniquely. In all these experiences, what i witnessed is the indecency. Most of them were totally freaked out, drunk. And yeah, i remembered, when i saw these get ups of people during Halloween, I was compelled to think Is it GAI-JATRA(Festival in Nepal where people dress up with strange clothes and make up. It's main theme is to celebrate it as a cow festival to offer peace on their passed away guardians.) of America?

Whatever, i concluded Halloween as the mixture of Nepalese Gaijatra and Tihar. And, i really enjoyed it but got little offended with the people presenting themselves in this festival.

I've taken some pictures of the Halloween festival on Santa Cruz downtown. Hope some may like it. 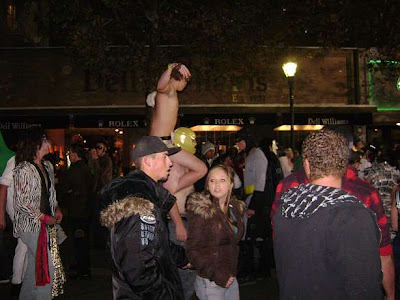 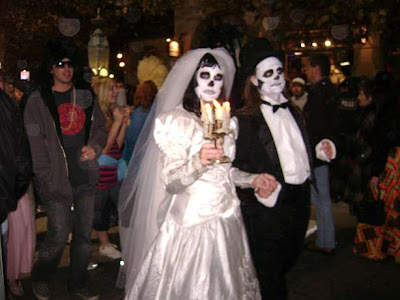 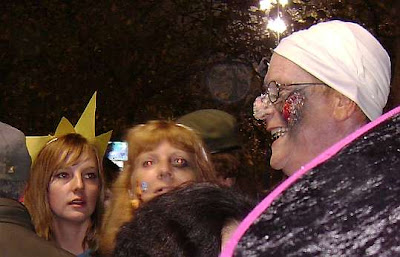 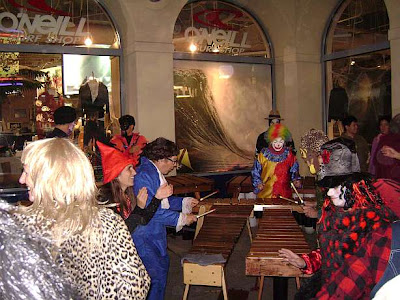 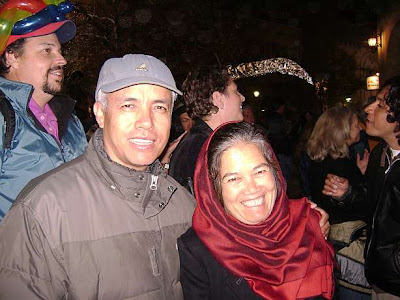 My father and Aunty 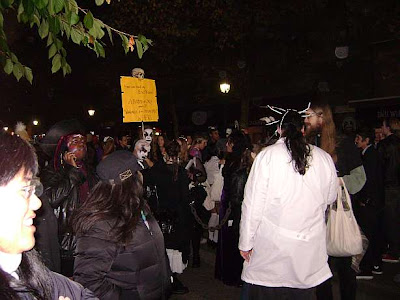 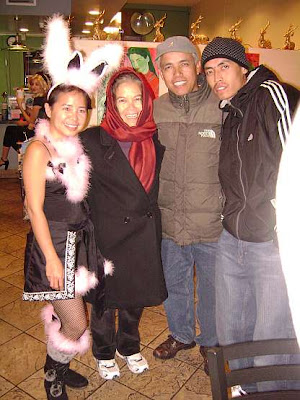 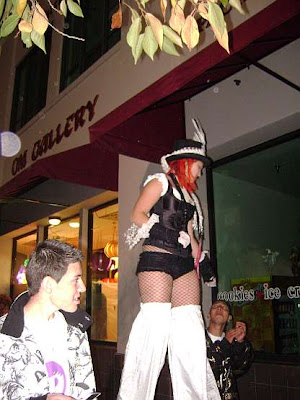 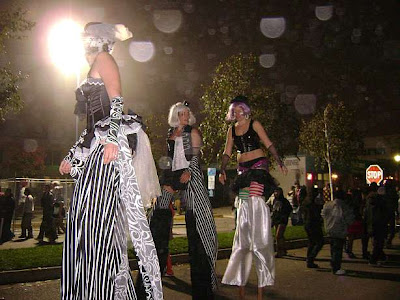 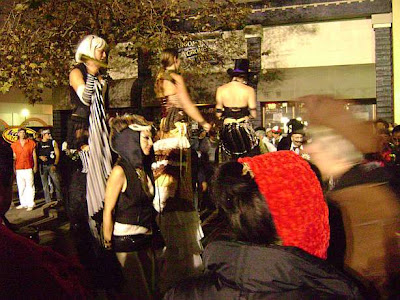 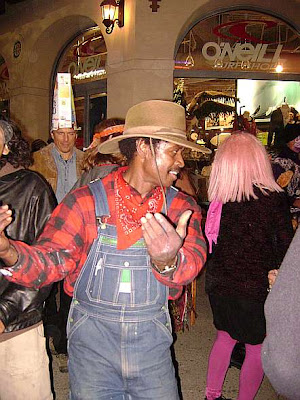 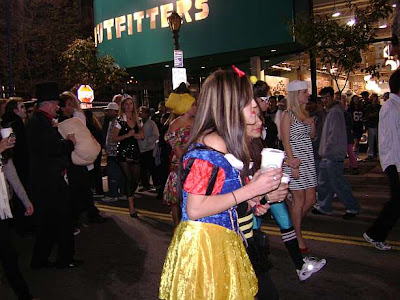 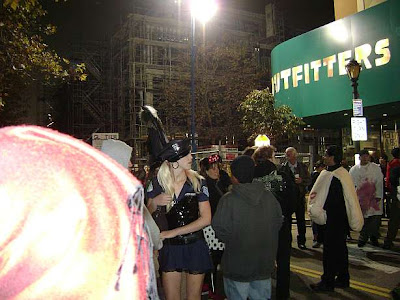 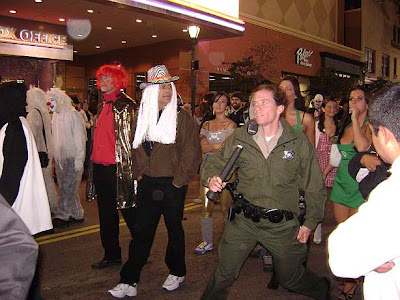 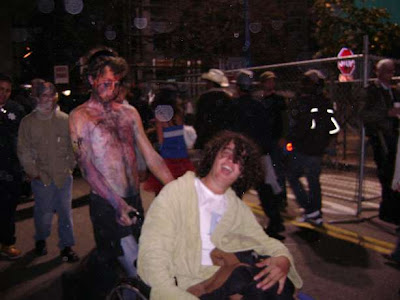 Anonymous said…
Wahhhh, the pictures are really good! Nothing like that happens over here so it's good that people there celebrate it so nicely.
Ani kasai ko picture ta nowhere in sight! hehe
Anyway, enjoyed reading it
November 8, 2007 at 2:18 AM

Navin said…
Prena, are you sure that people don't celebrate this way in your area?? it's fun here.. next time, i'm planning to go out with my new friends..

Vibes63 said…
Halloween is one of the best festivals that I truly enjoy celebrating. Beautiful women is cute outfits...dressing up as some non-human creature....can't beat that....
November 13, 2007 at 3:13 AM