By Navin November 13, 2007
Past weekend, i had a BLAST. It was the most funfilled moments in Santa Cruz. From home, we drove to BigShur. BigShur was around 2 and half hours drive from home(Chestnut). The only thing it surprised me is that BigShur is a town but it didn't look like a town for me. There were houses,small motels,shops which looked like some temporary spots on turnouts but i was wrong. It were these small shops and motels near main roads, on every half mile which as a whole was town. Before i went to Bigshur, i was thinking it must be settled on wide valley like ground surrounded by small beautiful mountains. That wasn't the truth.

Oh.. before heading to BigShur, whole day, we enjoyed our lunch at our relatives. Deejay and Sonam were two cute bro and sis with whom i passed quite entertaining time. They were both bright and funny.

Andd.. later, in the evening back to home, i did enjoy at fun park which is just 15 minutes walk away from home. I finally touched the sea. wheww.. it's cold...too cold. how do those santa cruz surfers surf on those surfs till late night.?

Fun park is right on the way of boardwalk and wharf. After enjoying, clicking photos at fun park, i returned and on the way back to home, some cute couples were dancing. I wish i could join, cos everyone was doing same but i felt reluctant to go and dance with some other people. So, i watched them dancing..beat was quite nice. I enjoyed seeing them dancing. Wow..whatta evening.. and yeah.. i was scared to death when i entered the ghost house at park. That night, i couldn't sleep well. How would you react if some ghost grabbed you from behind, and a beheaded head fell right ahead of your face making "whooooooooooooahhhh" sound..?? i nearly screamed.. but i just kept shouting.. "AHHHHHHHHHHHHHHHHHH".. that's not scream, yet.. okie? geez.. somehow, i made to exit.
(my photos at funpark inside) 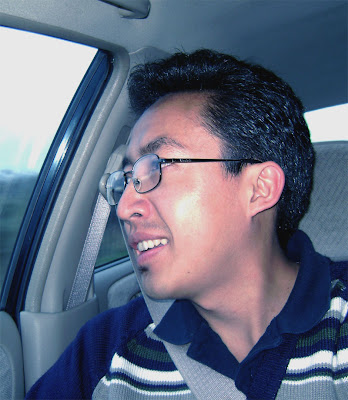 That's me while heading to Bigshur 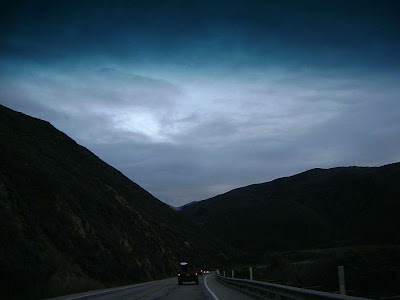 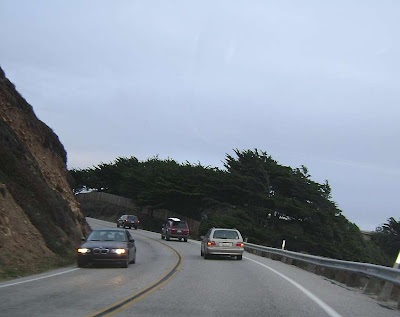 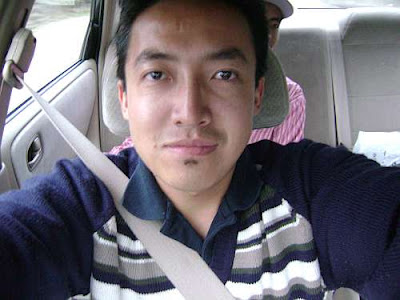 It was 2 and half hours drive, i was getting bored and started taking pictures 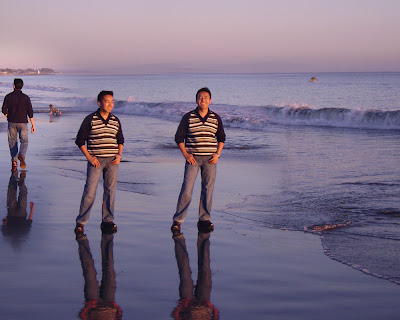 This beach is just 15 minutes walk away from the place i live. And, this photo trick?? well, all of three is me. :) 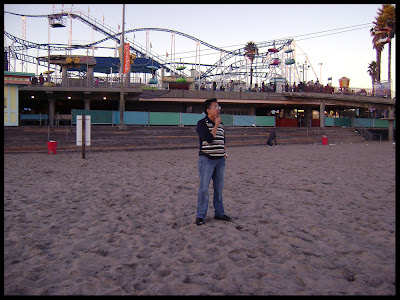 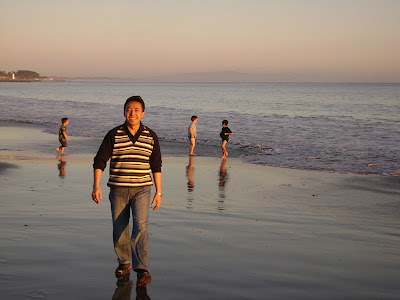 Finally, i gave up all the wild imaginations that i was fondling with..I came back to reality and walked by the shores(teasing myself) "what was i thinking"? 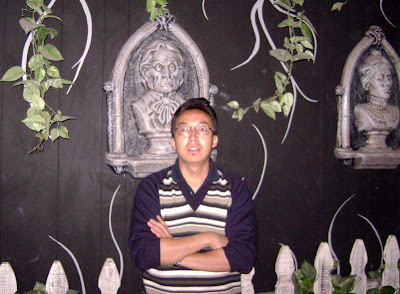 This is the entrance of ghost house. I was pretending if i were scared(but i really got scared inside..eheh). In the background, i guess it was Lincoln sculpture. Was i near to it's expression, i mean look at Lincoln's expression? 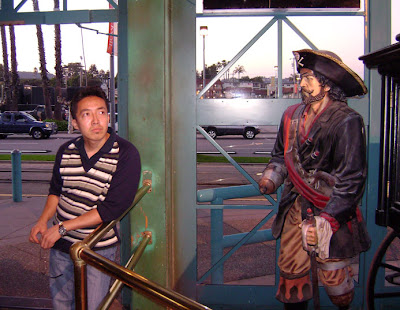 What do you think of that pirate's dummy? jack sparrow?? i don't think so 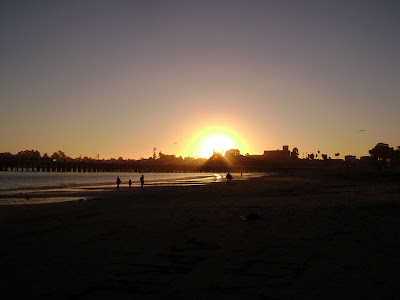 Beautiful sunset but just before a minute i took this photo, a couple was kissing like in movie, ...PDA(she told me once, it's Public display of affection) 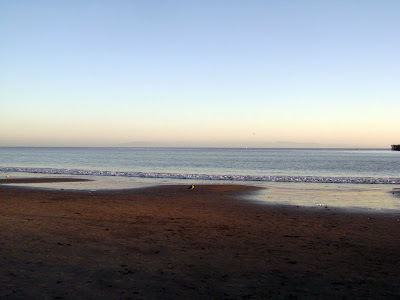 CALM CALM SEA, wow.. it's so nice to see it sooo close

This one is huge tower. People get loaded at bottom, like rubber stretched and released, they go uppppppppp and all of a sudden, come downnnnnnnnnnnnn.. real scary. I heard people screaming.. :)