Steve Jobs announced that Apple Macbook Air would even fit inside a normal Envelope and when he said/showed that, It was unbelievable. It was extremely thin and when measured it's almost somewhere between 0.16 - 0.76 inch. It's not even an inch. 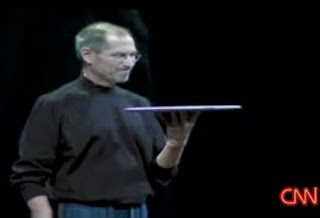 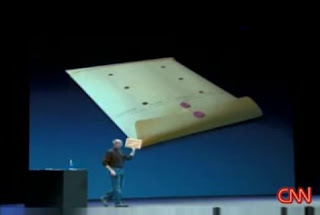 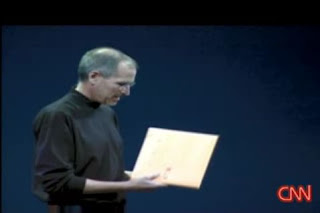 According to him, other so-called thinnest notebooks have compromised on display(low display screen),keyboard(resulting miniature keyboard),processing power(low processing speed), and so to achieve their kind of thinness on their notebooks. But, his Apple Macbook Air delivers all latest features with no compromise on anything.

And, he announced it's price tagged at $1800. And this 'Big thing in Small package' will be available in market within 2 weeks from the date of his announcement. Which is now 8-9 more days to go.

Followings are his videos announcing his latest "Apple Macbook Air":

Webster Twelb said…
I want one of those!!!