This weekend on Lake Tahoe and Nevada

By Navin February 19, 2008
These few days, I have been busy(sorry, I couldn't post so frequent) because, I went for long drive with my family. It was fun-filled,thrilled trip to approximately 400 miles away from the place we live. 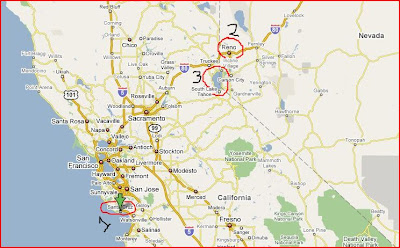 It took almost 8 hours(including occasional rest and eating on the way) from Santa Cruz to northern California, precisely the Reno City of Nevada. Actually, our destination was Lake Tahoe(which is just 2 hours from RENO,NV) but we stopped by farther to RENO city where we took couple of rooms to spend a night. After a long day drive, later in the evening we were gambling in the nearest Casinos of Reno City. This first day was really tiresome for us, still, we managed to keep ourselves moving and enjoy the moment out there.

Reno city is the beautiful northern city of Nevada and the downtown was fabulous. Lots of beautiful places to drop by. There was everything for everyone. For bachelor men, there were cabaret clubs like WILD ORCHID and for women, there were separate clubs. I came to know that this City's main income comes from Casinos. So, Casino and gambling, this is one of the major source of income for the Nevada state itself. And we didn't miss the chance to taste the gambling. I won almost upto $623 but the greed to win more made me loose on and on .. and I had to resort back to $200. Because, in Gambling, it's said, Quitting is also winning, sometimes. So, I quitted. The zeal was not as high as when I was winning some $600. But whatever, it was after all, an exciting weekend for me.

Another astounding natural disparity that I noticed while driving to Nevada was, like you can see the snow-clad mountains and hills the left side of the road whereas mountains on right were totally dried up and not much fun to see. This was something strange to feel about. Snows were scattered all over the roofs and grounds and people were easy enough to walk only on T shirts and shorts. It was amazing to see the nature as wonderful as that. For someone like me, who never touched snow in his entire life but seen only on TV/Movies, it was like dream of fantasy land comes true.

Later, somewhere near the Lake Tahoe(lake is vast because, it took almost some 5-6 hours to revolve around the lake and never thought that it could be that big, wow), I got myself playing with snow and I enjoyed a lot. The snow was not as cold as I thought, I could feel that. Next morning we had to travel back. So, on the way back to home, we stopped to many designated areas and took a heart full glances all over the panoramic scenarios. Was fun.. lots of people from different states visited the lake Tahoe to feel the momentum. So we did.

Followings are my pictures along with the sceneries shots.

(clicking photos will enlarge the view) 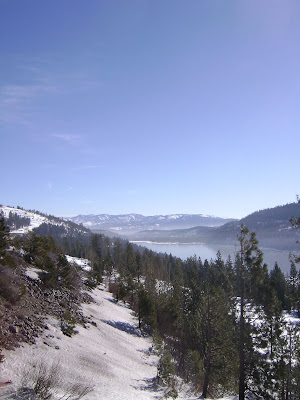 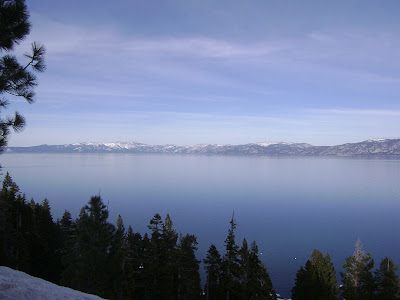 Another View of Lake Tahoe 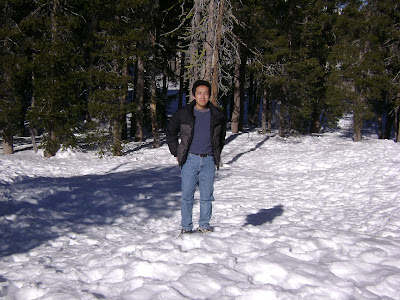 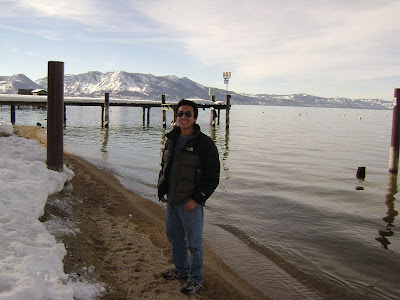 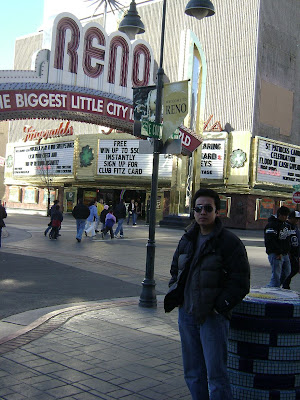 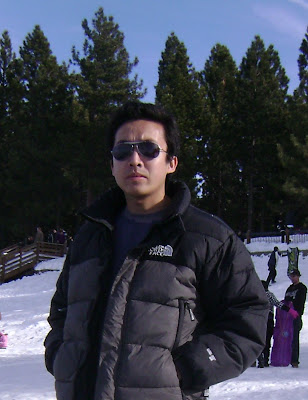 You may be interested on my following posts too:
My Trip to Monterey Bay Aquarium
My first experience in Santa Cruz and nice drive to San Francisco
Downtown Festival in Downtown Santa Cruz
Hiking on Wild Range State Park
Short Trip to Carmel
Trip to Bigshur and wandering in State Park beach