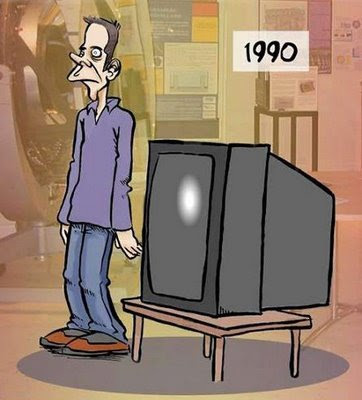 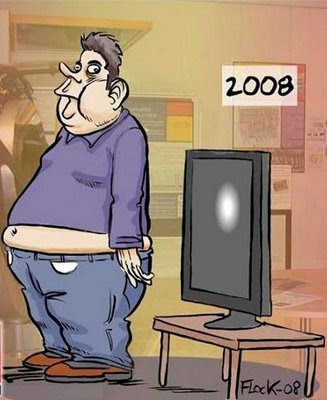 World has changed ever since the advent of technology..

SCHOOL - THEN and NOW


Scenario: Johnny and Mark get into a fistfight after school.

2007 - Police are called, SWAT team arrives and arrests Johnny and Mark. Mobiles with video of fight confiscated as evidence. They are charged with assault, AVOs are taken out and both are suspended even though Johnny started it. Diversionary conferences and parent meetings conducted. Video shown on 6 internet sites.

1980 - Jeffrey is sent to the principal's office and given a good paddling. Returns to class, sits still and does not disrupt class again.

2007 - Jeffrey is given huge doses of Ritalin. Counselled to death. Becomes a zombie. Tested for ADD. School gets extra funding because Jeffrey has a disability. Drops out of school.

Scenario: Billy breaks a window in his neighbor's car and his Dad gives him a whipping with his belt.

1980 - Billy is more careful next time, grows up normal, goes to college, and becomes a successful businessman.

2007 - Billy's dad is arrested for child abuse. Billy is removed to foster care and joins a gang. Psychologist tells Billy's sister that she remembers being abused herself and their dad goes to prison. Billy's mum has an affair with the psychologist. Psychologist gets a promotion.

1980 - Mark shares a smoke with the school principal out on the smoking area.

2007 - Police are called and Mark is expelled from School for drug possession. His car is searched for drugs and weapons.

1980 - Vinh goes to Remedial English, passes and goes to college.

2007 - Vinh's cause is taken up by local human rights group. Newspaper articles appear nationally explaining that making English a requirement for graduation is racist. Civil Liberties Association files class action lawsuit against state school system and his English teacher. English is banned from core curriculum. Vinh is given his Y10 anyway but ends up mowing lawns for a living because he cannot speak English.

Scenario: Johnny takes apart leftover firecrackers, puts them in a model plane paint bottle and blows up an anthill.

2007 - Security and ASIO are called and Johnny is charged with domestic terrorism. Teams investigate parents, siblings are removed from the home, computers are confiscated, and Johnny's dad goes on a terror watch list and is never allowed to fly again.

Scenario: Johnny falls during recess and scrapes his knee. His teacher, Mary, finds him crying, and gives him a hug to comfort him.

1980 - Johnny soon feels better and goes back to playing.

2007 - Mary is accused of being a sexual predator and loses her job. She faces three years in prison. Johnny undergoes five years of therapy. Becomes gay.

Navin said…
That's on your part.. ehehe.. btw, I've done a post many months ago on silicon things :
if you are interested have a look here: