Who will be the next US president??

By Navin June 29, 2008
I conducted a poll(see on the right side bar "Who will become the US president?") few months ago concerned about US politics.

"Who's gonna win the next presidentship?".

And out of 56 visitors, most of them voted for Democrats. They think Democrats should rule the country for better future of America. This poll will be up till the final verdict of the election but before that I'm assuming it'll roughly show the figure of who would win. To me, it's obviously Democrats. Recent hand to hand campaign of Senator Hillary and Obama even strengthen that belief.

I had no idea about US politics until I came here and spent this 9 months during which I somehow figured out how social and political structures of America is. Till this day, stat shows Republicans reigned America around 8/10 times more than Democrats. And, people are really not happy with how President Bush is running the country. 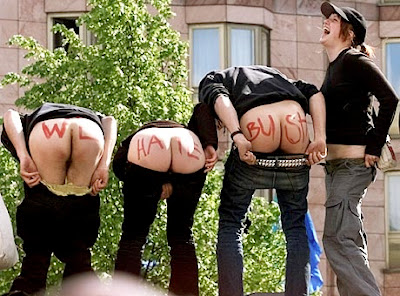 'We hate Bush' ass off protest

How do you think?


Thanks for reading and taking part in poll.

Excuse me for getting diverted to off topic.