Google Sued by an Italian Company

By Navin August 01, 2008
Google is a big company now. It's now almost symbolic to the term 'Internet'. Even if it's profit index is going up and down, mostly likely it's making huge turnovers every year. Needless to write, It's one of the biggest fortune companies in the world. With that written, every here and there, we read news about Google getting sued for some compensations. Sometimes, we read news like 'some couple sued Google just because they clicked their homeyard driveway picture and put it on Google maps' and sometimes Google sued for some kind of illegal content sharing on one of it's Franchise-network. I mean the reasons to sue are almost baseless and look like a way to shell out some million dollars from big fortune companies like Google(Remember?? Microsoft getting sued every here and there?? Now it's Google's Turn).

Recent news about Italian media company Mediaset pressed charge against Google's Youtube for sharing their content publicly. Mediaset(which is owned by the Prime Minister of Italy) filed a lawsuit alleging that Youtube distributed their commercial property. To some extent they are right. But their demand for compensation of $779 million dollars?? That's ridiculous. 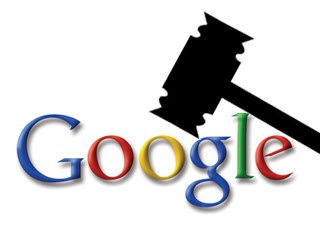 User shares the content all over the internet and Youtube is on constant watch for such unethical activities. Sometimes, it's hard to filter certain contents. In that case, Google should be informed not be pressed charge for million dollars. If Google just keeps mum, then it should be penalized for supporting illegal content sharing and causing million dollar loss to company. But, the incident doesn't look such. It just looks like pulling out some honey off it.

In the response to Mediaset's accusation, YouTube wrote," YouTube respects copyright holders and takes copyright issues very seriously. There is no need for legal action and all the associated costs."