By Navin October 05, 2008
With the boom of media reach and information sharing capabilities, these days people have come up with different ideas. Ideas that promotes baseless statement. If you've ever gotten any of the chain mail, where it says something which is related to our day to day concern and at the end, there is some impression which forces us to believe it or they would curse us. Funny hah?.. as soon as I scan those first lines, next milliseconds it would land on my trash folder without a further look. Naive email readers are their victims. I think these people don't have any life than sitting around, create chain mails and see it circulate around and feel glad to get one back to them.

The reason I'm writing about chain mail is because there is similar story floating across seas of emails. It's all about '36 hours of day on October 17th, 2008'. Albeit, I didn't get this news from chain mail.

What happened is the last week, I wrote a check to my Aunt, She went her bank to deposit it and in the course of dialogs she was served with so hard to believe news by one of the bank clerk whom I know too, since that bank is where my account is opened up too. Raman(clerk's name changed) told my Aunt that this coming October 17th, there is gonna be 36 hours of long day. My Aunt believed it promptly, and later back to home, she was briefing about it. When I said that's rumor then she was confused because she believed me too. She put her logic backed by Mr.Raman's that it's happening every 40,000 years. Strong point to make people believe. whao.. 40,000 years?? umm Interesting, if it's happening every 40,000 years, so be it. I got fascinated.

But, wait a minute, is Mother Earth thinking "phew.. after these gazillion times of rotation and orbiting around Mr. Hot Sun, I should take a rest and sigh for 36 hours?" Which means, Mother Earth would completely halt her rotation. For the sake of God..(sorry Science) , that's impossible unless some miracle happens across the Universes and galaxies where all planets stop revolving and state of stagnancy prevails. 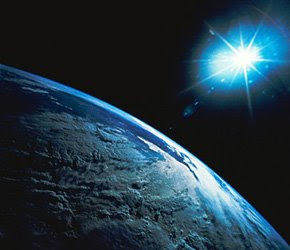 Ummmm.. after few moments of thinking.. I almost forgot it until this morning, when something suddenly came into my mind after fantastic sun rise captured my attention. I thought will it gonna be the 36 hours a day very soon and see beautiful day like this for long hours? Then out of confusion, I sat in front of my computer screen, and the next moment I was reading about this news floating around the globe rapidly. My Aunt exaggerated with that 40,000 years stat while I read it was only 2,400 years on those online informations. And, it's circulating itself as chain mail. You read, I read and forward it to all in your address book. I haven't gotten that chain mail yet in my inbox but whatever, it's very hard to believe that it could happen.

My Verdict: It's just a myth. People loves to make them once in a while. Like.. like BIN LADEN IS DEAD chainmail.. do you still remember that? I think I still have that copy on my old inbox. This baseless news whose purpose was to create question mark on one's existence was shattered when all of a sudden, BIN LADEN showed up on the news channels with another of his Video footage. All the rumors and myth about him dead - busted up. This 36 hours of day is yet another crap. It's weird that well-educated people are falling over it and making good intellectual gossips during their lunch. Well, just let it be up to gossips. I'm gonna have nice gossips on this with my co-workers tomorrow. Just time pass, you know.

If you research around and use your knowledge, then you'll find out that this is totally baseless news of 36 hours day. Scientifically, it's just a mere prediction and rough estimation. Even if group of veteran scientists would come up with press release backing this hoax up, I'm still not gonna believe them. Our few hundred years of technology advancement can't cope up with the secrets and mysteries of the Universe. I couldn't find a single statement from Scientists on this regard to put some light on it. I don't understand why they are keeping mum or may be it's not much of an importance to them or may be they are accepting this fact as true. Whatever, our technology is so so infant and raw to predict things across the universe. Don't believe whatever you hear or see, that's my focus.