By Navin October 20, 2008
Off the beat post, it's about the world's smallest bodybuilder ..Aditya 'Romeo' Dev. This mini man got into bodybuilding just for a cause. The cause that you and I find enough to get into bodybuilding. You see RAMBO/ARNIE, you want muscles like their and you hit the Gym. That's the cause, I'm talking about.

Aditya is an avid fan of Salman Khan and he most of the times acts/dresses/dances like Salman. He doesn't get behind giving out Salman's dialogue. 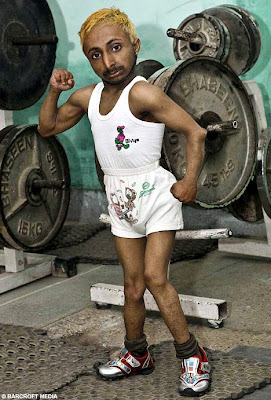 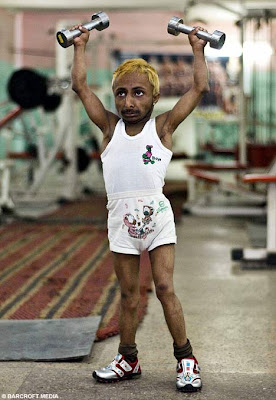 He's 9 Kg in weight and he lifts 1.5 Kg dumbbells. Pretty impressive huh? If I see just his picture at first, it looks like he isn't dwarf at all but if he's with others,he then looks distinctive. 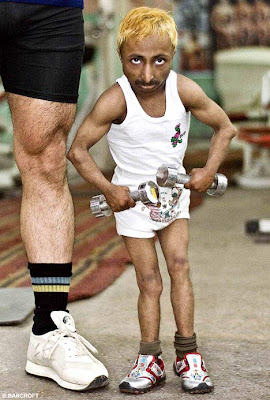 He hails from Phagwara,India and he's all the time the center of attention. People peek into gym to see him bodybuilding. He is training under the guidance of Ranjeet Pal. 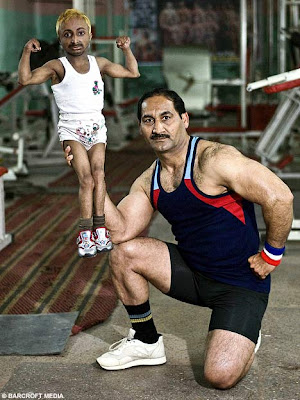 Following is his latest video footage released on Youtube this very September,2008.