By Navin November 20, 2008
Today Microsoft announced that it's gonna give it's users a free Antivirus which is currently termed as MORRO. Current subscription based security software of Microsoft Windows known as Windows Live OneCare(costing approx. $50 a year) would be superseded by the end of the next year. To be precise, they are halting the retail sales of Windows Live OneCare on June 30th of 2009 and distributing the immediate replacement with the name 'MORRO' for free. 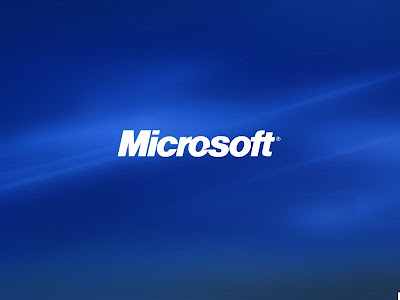 All other security software companies are shaken with this news as they fear that they gonna loose their market shares. By the time, Microsoft release this software as free, I'm pretty much sure, other companies would be suing Microsoft. There are so many software companies which consider Microsoft as evil because Microsoft always tried to embed everything to it's operating system to make it perfect operating system. And they don't like it when Microsoft takes all their jobs. These are the same people and their forums are filled with hatred and induce people to prove it as the most vulnerable operating system in the world. To be true, many virus writers are targeted to exploit the Vulnerabilities in Microsoft windows than any other operating system. Sometimes, I think that these virus writers are the appointees of McAfee, Symantec, Linux,Mac.. in a way hoping to generate ongoing income for ever. "You create virus, we'll create antivirus?" Otherwise, why would I(if were a programmer)spend my time writing a virus? Gimme one reason. Today nobody spend a time for free. Gone are the days to do this kind of stuffs for name and fame. My point is there is a lot to suspect that these Antivirus Companies are the guardian of Virus writers. Whatever,with Microsoft's announcement, there is a kind of strange buzz all over the web.

One thing I don't understand why Microsoft is giving away it's paid Software as FREE? What could be the reason behind that? How those customers who paid for it would feel?

I'm waiting for coming days to find these answers and to test-drive Morro.


Thank you for reading my words.

Anonymous said…
Instead of keeping it downloadable program.. MS should bundle it with Service pack or in the update..
November 20, 2008 at 11:09 PM

Anonymous said…
That's some good news. I am fed up with using anti viruses like AVG. You kinda shed light to why AVG sucks in your last post and I totally agree. I am waiting for June 30 to arrive so that I can try Morro. I guess this anti virus from Microsoft would patch up with it's own operating system pretty well.
November 21, 2008 at 8:28 AM

Ghatozkat, That's what I was thinking too. Windows is more than 40 million lines of codes and it's obvious that there will glitches and fixes. They know their system better than anyone else.
November 21, 2008 at 1:26 PM