Is it time to consider AVG Antivirus a bogus tool and switch over to different one??

By Navin November 17, 2008
If you've been using AVG Antivirus, it's time to think now. AVG antivirus is very popular product. Like any other Antivirus company, it first gave it's product FREE for all during it's time. When people got used to it, they started bundling different PAID version, cutting off features from FREE version. Despite the fact, Free version offered full elimination of malwares though some unique features were left out for paid one.

Recent experiences with AVG antivirus is not good enough to believe it as a dependable antivirus software. It's not that old when AVG started to detect ZoneAlarm Firewall as a Trojan by the name of Agent_r.CX. What on earth guys behind AVG were thinking. Their definition files were tagging legit softwares as malicious.

On similar story, AVG antivirus detected user32.dll as a Trojan horse file and prompted to delete it. When deleted, it rendered their system unbootable. How the heck did they(AVG) not know that user32.dll is crucial file to have GUI in our system. 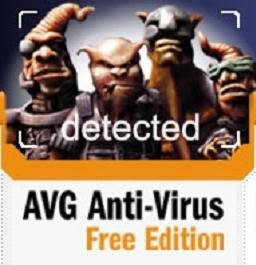 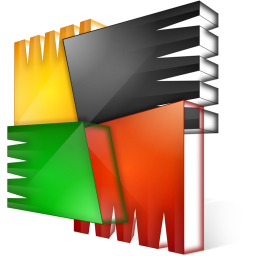 Now, this has happened to me a day ago, when, I tried to install flash player plugin for newly installed system(since firefox doesn't come loaded up already with that), it gave me a red warning on it. I double checked the adobe's site from where I downloaded and checked the file's properties. My Conscience told me nothing is wrong. I didn't care and installed the flash player plugin despite AVG's warning. Though I could see, AVG has renamed it to different file name. I don't know whats' cooking up on their side. Flash player is a must plugin for browsing.

The same issue that I(may be other thousands too) had few days ago hit this morning as news headlines;AVG identified install_flash_player.exe as PSW.Generic6.AQPD trojan and urged to delete it. That's one of the lamest antivirus warning.

All these issues were once discussed on their forum and, mysteriously all those posts and queries have been deleted by their moderators.

In regards to these responses, AVG says "AVG Technologies has immediately acted on a situation in which a limited number of consumers using AVG’s free software experienced a false-positive warning when downloading the latest Flash player update"
and adds "a replacement update within three hours of the original update and users are reporting no further problems. The company continues to institute new and increasingly rigorous quality-assurance standards to ensure that any potential vulnerabilities in future product updates are identified and eliminated before they can impact users." src

So, lets keep their clarification aside and think Is It time to switch to new one??

Navin said…
pbitton,
that's good for AVG. At least, it's trying hard to save it's ass.