By Navin December 31, 2008
Israel forces bombarded Hamas Military Camps killing hundreds in past few days. The battle is still on. As noticed and in their words, they are now preparing for ground attacks to eliminate extremist Hamas.

They setup YouTube Channel to show the world what's going on in realtime during the war. 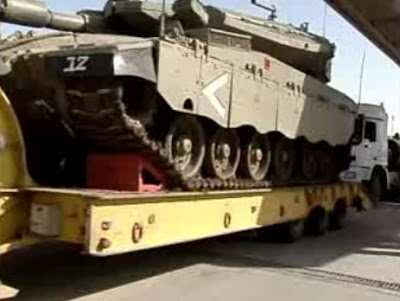 Some of the videos are of aerial bombardment, while some of them are loading weapons, sending enforcements and heavy tanks to the affected zones.

I missed to see that one particular video which according to them has been deleted by YouTube due to violation of terms and conditions. The deleted Video alone collected more than 10,000 hits within few hours of uploading it.

Their is a strong chance of this channel being completely wiped out due to the content it's broadcasting.