By Navin December 04, 2008
YouTube, world's largest video sharing network has been going through lots of changes these days.

They rocked the world with their first ever live streamed video concert over the internet on Nov 22nd,2008. I was interestingly watching their 'YouTube' LIVE stream and it was more than fabulous. It was happening right here in San Francisco and whole world were watching them. It was something historical..at least for me. 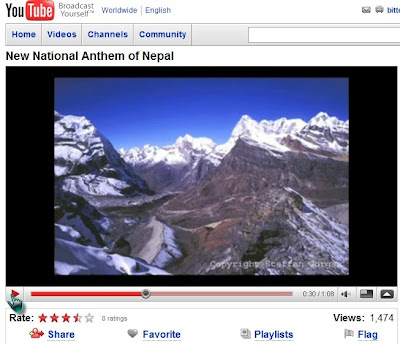 Then, they came up with Widescreen format for their all videos. That shows they are engulfing the latest 16:9 technology. Today, there are great widescreen hi-def 1080p video camera available under 150 bucks and with this, it's sure enough that Youtube would be flooded with videos of this format. In fact, it's better than old format. Soon after that, they announced they are going to upload/allow full-length movies in youtube which is awesome. There will be no more 9 or 10 minutes restriction for videos uploaded.

Sexually arousing videos will be dropped from the 'most viewed' videos or 'Top favored' stuffs as well making YouTube a friendly family oriented network rather than some group of people still thinking YouTube as a great place to peep on butt-shaking stupid girls.