By Navin January 02, 2009
This was my second New year experience in Downtown Santa Cruz,CA. First year was just like that. I wasn't so used to here. Now, I'm immersed here for at least a year. I went out to Downtown Santa Cruz to celebrate New Year Eve.

I had a friend there waiting for me to celebrate the evening. When I walked out, I checked the weather then and it was just 43, and I thought It's not that cold. So, I dressed up as for like a day walk.. just a full sleeve t-shirt, leather jacket and jean. I appeared in Town Clock,Downtown Santa Cruz at around 10 pm. I was 2 hours away from 2009. All people were eager to be in 2009.

As night grew deeper, I really started feeling cold as hell. The ball-numbing cold didn't last much because at 11:00 pm, county people started open air music and everyone started dancing on the beats. I wasn't left out. Everyone was anxious.

I didn't take much pictures and video footages of the moment, because I was enjoying there, to be true, it was damn cold to take my palm out holding camera. Gosh.. my FZ28 felt like an ice-cube. Most of the time, I was hand-fold or hand inside pocket. 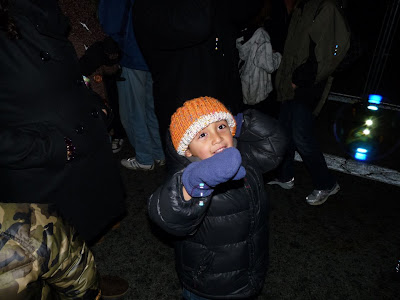 This kid hinted me to take his picture and seemed more happier after I took his shot. I love kids. 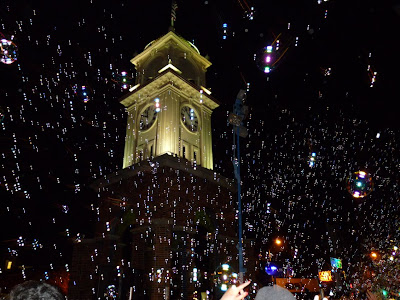 Bubbles in the air, Town Clock in the back 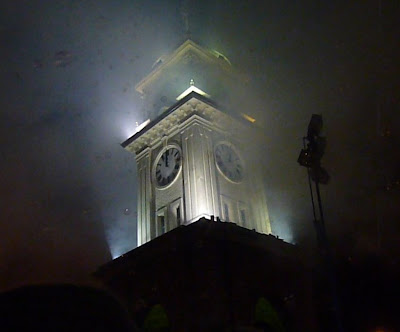 Fireworks at Town Clock in Downtown Santa Cruz, felt like somebody bombed the tower, ah..it's just a fireworks 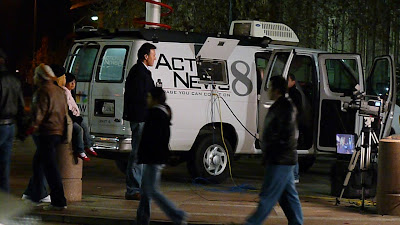 It wasn't that fancy fireworks as compared to others, but I really liked it. I love Santa Cruz.

Countdown started and everyone was mesmerized to welcome New year 2009.

After, shaking myself there for some minutes, I was heated up. Way back to intersection sidewalk, I got into one local pub and for few seconds I felt I was inside some hip-hop singer's music video. After spending some time there, I walked out, some casual see-off to my friend, I came back to fall on my bed.

Sweet dreams, I just welcomed 2009 along with other hundreds of people. This year, there wasn't huge crowd as I expected. dunno why. Last Halloween, was also comparatively so thin than previous years.

HAPPY NEW YEAR TO YOU ALL.