By Navin January 25, 2009
Now-a-days, it's no surprise to read news of people with suicidal tendency live-streaming their suicide videos over the internet.

Mentally discharged anti-social people with haunted depression are prone to risk. These are the people who takes thing seriously online/offline. Taunt somebody online, he might break loose with infuriated anger and go hysterical causing damages. It's happening. Don't ever taunt anyone over the internet chatrooms for god's sake. You might be dealing with some of these people who takes thing seriously.

Yesterday, Facebook, a social network site became the only reason for someone's death. (You buy a knife to chop vegetables and you use it to kill people, I don't blame knife, so do I not blame Facebook.)

Just because Sarah Richardson, 26 years old hairdresser in Sandbach,UK changed her status to 'Single' in Facebook profile, her overly possessive maniac husband Edward Richardson, 41 stabbed her to death at her mother's house. This couple had been having some sort of marital issues and were living apart for few months, and when Sarah changed her status to single, her enraged husband broke into her mother's house and killed her mercilessly. He tried to take his own life after her murder but god forbade his death, he might have his way to hell sometimes later. 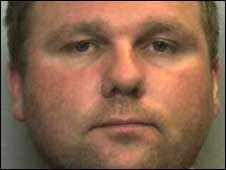 Edward the killer,sentenced for 18 years in Jail 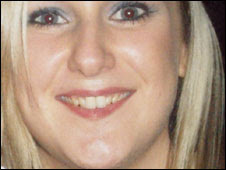 What's wrong with these people, I've no clue. There is no love and compassion left within. Everyone has become cruel animals. Some of the conservatives blame the medium, they are jerks. Take a look at the analogy of the knife on the paragraph above that I've mentioned.

People! have some compassion, some love and live in peace.