By Navin January 08, 2009
More than thirty celebrities and organizations - President-Elect Barack Obama, Britney Spears, Bill O’Riley, CNN anchor Rick Sanchez and Fox News - had their twitter accounts hijacked on Monday. The hacking attack led to bogus and inapt messages being posted on their accounts. In this latest security problem for Twitter, the sham messages Fox News Twitter included comments about Bill O’Reilly’s sexuality, and Britney Spears’ private parts, among others. Rick Sanchez had a posting about drugs on his account. A social-networking blog site, Twitter allows users to send status updates, or “tweets,” from cell phones, instant messaging services and Facebook, in not more than 140 characters. 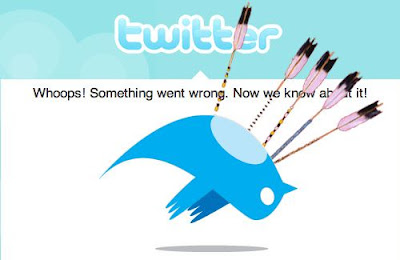 The company said that its own internal support tools had been used to hack the accounts. The support tools - which are used by the company’s support team for helping users in editing e-mail addresses associated with their Twitter account and other such things - were used by the hacker to compromise the hijacked accounts. The hacking of accounts followed a nasty phishing scam on Twitter, over the weekend. According to the site, during the spam, regular Twitter users could possibly have been tricked into logging on to a page masked as the Twitter front page.