By Navin January 26, 2009
The news of 'UFOs' being shot down is going to be a hot-cake news in coming days and pretty soon. 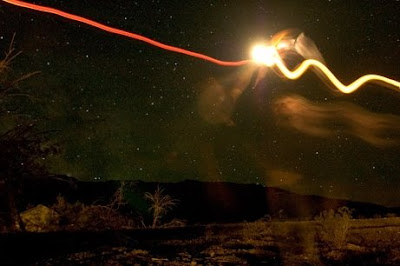 The RAF(British Air Force)RAF is getting closer to shooting down a UFO according to a former Ministry of Defence employee.

Nick Pope - who worked on the MoD's UFO desk for three years claimed pilots had fired at UFOs on several occasions - but failed to bring them down.

He told The Sun: "We know of cases where the order has been given to shoot down - with little effect to the UFO."

Mr Pope added the RAF attacks were "not automatic but happen when something in our airspace is deemed to be a threat".

He added: "In the case of UFOs, whether the object is causing a threat is very much a (pilot's) judgement call."

Mr Pope revealed when the day comes that a UFO is shot down we might not find out.

He said: "The public won't know unless it comes down in a heavily-populated area."

He added: "I do believe we will bring one down. We're developing increasingly sophisticated weapons."