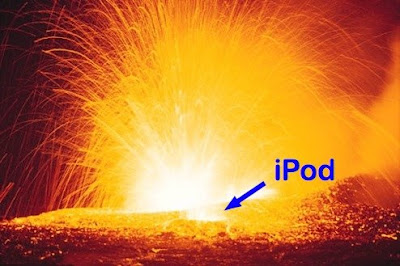 It's just 3-4 days ago, Apple Ipod touch exploded in a Cincinnati youngster's pocket and nearly burnt his package. It could've rendered him useless man for his life. He should thank his luck, he was left only with melted underwear and leg burns,nothing happened to his crouch. His mother is suing Apple for selling high-priced third-class product. The mother is asking for $150,000 total plus attorney fees for the child's bills and emotional distress.

This is indeed not a good news for Apple and it's fan or whoever owns Apple's product. Their reputation is at stake. 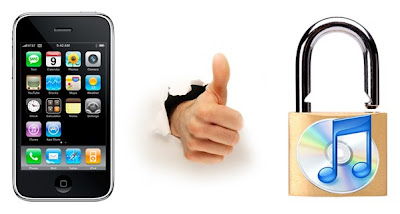 Somewhat Good News for iTunes users, Apple removed their very unpopular DRM feature off iTunes software. DRM(Digital Right Management) was their way of protecting songs which never let anyone to copy their music(to and fro PCs,other devices) once purchased. If someone looses iPod or their drive crashes irrecoverable , then their owned music is gone without no backup. Apple really acted like a dictator when it came to digital property management. It was indeed a good news for all iTunes users but again Apple did something with the song's pricing. They set it variable. More popular the song is, the higher the rate will be. Evil Apple.

Apple recently launched a new version of voice-enabled iPod Shuffle. Some diehard fans must be crazy happy to hear this news because, the tiny player would tell them how much power is left on their battery, tell them current playing song and upcoming song and artists names etc. This definitely proves that Apple is innovative and trend-setter. There is no speech-enabled music player till date yet and it's obvious that others will follow the suit in coming days. Good news.

Lets talk about their another new iPod Shuffle they released recently. They are limiting these new iPods to be workable only to Apple-Branded headphones. You put expensive headphone other than Apple's and it wouldn't work at all. Apple is playing monopoly game here who blames Microsoft same all the time. This is total turnoff. 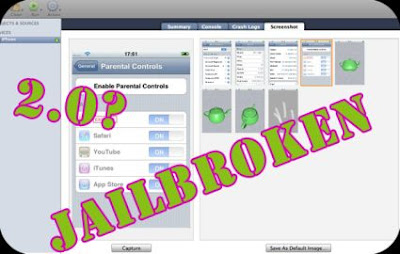 Internet group like Dev-team are pain in ass for Apple who always keep jailbreaking/unlocking Apple's newest product. Good news for all those iPod 2nd Generation users, who had been using tethered jailbreak on their players. That jailbreak was not complete and kept restricting them from restarting the device. If battery drained and needed to restart, they needed to activate with their PCs. It was way cumbersome. Alas, finally ultimate jailbreak for Apple iPod Touch second generation is released. My brother's iPod now doesn't need any PC to have it restarted all the time in Jailbroken mode.