Top 10 IT locations in the World 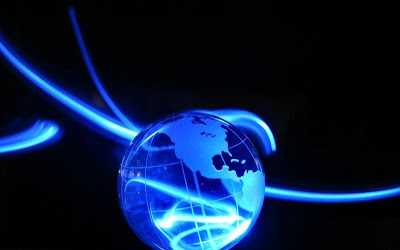 1. Silicon Valley
Undoubtedly, San Jose, Sunny vale and San Mateo County is considered 'Silicon Valley' because all the major league of IT companies are headquartered in these areas. You name it, it's all here. HP, Sun, Oracle, Apple, Cisco, Google, Yahoo, Intel, McAfee, Symantec, AMD, eBay are few to name. Not only that, Silicon Valley has the long history for the development of IT industry.

2. Taiwan
I used to think, Taiwan is the only place where Computer RAM are fabricated and produced. Eventually, I was proved wrong but the truth is they've grasped the huge market in RAM manufacturing. Taiwan is established in the areas of consumer technology, enterprise technology and semiconductors and produces around 80% of the world's laptops and a significant proportion of other computer components. Among the big names calling Taiwan home are Asus and Acer and semiconductor firm TSMC. No other country or region in the world is as dependent on the IT industry for its economic well-being as Taiwan. Last week, the government of Taiwan even stepped in to prop up the country's ailing DRAM memory chip businesses.

3. Bangalore
This Indian Destination has come a long way from merely becoming cyber-coolie. It has now it's own technology to be proud of. Just like they've hollywood version of so called film industry known as bollywood, bangalore has become 'Silicon Valley' of India. I read once that one IT aware minister played a big role to make this place an IT destination. The Silicon Valley of India accounts for more than a third of all IT jobs in the country. It has also spawned local start-ups that are now so successful that they are buying up the IT infrastructure of bankrupted Western companies. The IT industries here employ millions directly and indirectly and has helped the Indian economy by bringing in billions in revenue.

4. Japan
Well, Japan is Japan. Westerners are still awestruck by their latest technology when they visit Japan. Japan leads the world in robotics, green technology, intelligent software, consumer electronics and is also advanced in areas like gaming consoles and smartphones. Most of the gadgets are not being exported may be because the Japanese manufacturers are convinced that western countries are so far behind the times that they wouldn't even know what to do with these things.

5. San Francisco
This is a beautiful city and I really like San Francisco so much, I can't express it in words. Most probably, the most wired city in America and the home to companies such as Salesforce and Craigslist, Twitter and small services/startup businesses. If you remember DOT COM boom, you can still see the remnants right here.

6. Zhongguancun, China
This "Beijing High-Technology Industry Development Experimental Zone" is the hub of China's IT industry and is built around 7 technology hubs and is home to companies like Lenovo and Baidu as well as Western imports. Microsoft is building its Chinese headquarters here.

7. Finland
Home to Linux, Nokia, Software security vendor F-Secure. Finland has proven a generator of IT innovation that far outweighs its population or size. Part of this is due to the fact that education is largely free there, leading to a highly skilled and technical population.

8. Fort Meade, Maryland
Maryland gets this spot on the list because of the presence of US National Security Agency (NSA) here.

9. Romania
Plenty of programming talent exist in this country with savvy programmers seasoned in writing and working with large, complex programs. Romania has built up a reputation as a hotspot for malware writers and other online criminals as well as some very smart security researchers. Romanian developers have often taken the forefront in such things as heuristics and vulnerability detection. Microsoft even acquired an Romanian antivirus company GeCAD in 2003.

10. Boston
The Cambridge area has educated and inspired some of the finest minds in IT, including the founders of Intel,Microsoft, Texas Instruments, 3Com and Qualcomm. Harvard and MIT are both at the pinnacle of educational excellence which shows in the alumini.

Want to read more in details? click this link.

contact center Philippines said…
Thank you for the post. This should help companies consider which outsourcing destination will be the best one for them. In my opinion, though, I think that nations such as the Philippines, China and Costa Rica should be included as well, as these locations are said to be continuously innovating their outsourcing services.
June 14, 2010 at 8:32 AM