By Navin April 15, 2009
Apple is always in controversy. I remember my post where I wrote how Apple sold the iPhone at jacked up price and later after two months, sold it at almost half the price. How would you feel?? Robbed?? Somehow the case settled after some refund in the form of rebates then.

I came to learn that Apple's iPods are manufactured in China(known fact), in fact there is a place called iPod-city(Longhua) in China where huge-scale iPod production plants operate. American appliance manufacturers depend upon China's cheap labor force and they deliver it right here in American market. They're always cheap price-wise no matter what. And in days of recession, everyone is running after cheap stuff.

Apple's so-called latest and new iPod Shuffle seems an act of shenanigan, again price-wise. According to BusinessWeek, the latest iteration of Apple's smallest iPod only costs a mere $22 to create, but how much does it retail for? $79. That's right, you're being charged almost an extra $60 to own one of these tiny creations, which to some people is an amount that is unacceptable. The main application chip of the Shuffle, which runs music controlling and other functions, is worth $5.98. 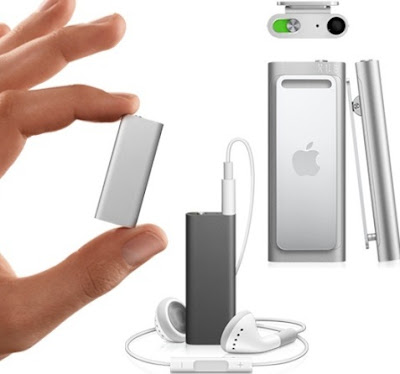 On top of that, this latest tiny iPod Shuffle has restricted headphones, meaning you use other brand headphones and undesirable results are there for you. If you personally ask me, Apple is sucking up hellava money from their so-called loyal customers and I think they deserve that for blindly following one particular brand. By restricting their players to their brand only earphones, Apple Inc proved it's playing monopoly game.

To quote iSuppli analyst Andrew Rassweiler, "It's almost like six dollars worth of flash memory tied to some flash and a battery and not much else. It's very basic and downsized." As the BusinessWeek article states, "All told, the cost of the shuffle's components, the headphones, and the packaging it ships in comes to $21.77, according to iSuppli's estimates." This suggests that, as many people assume, if the markup on this is that high, then others will be the same. For example, for the first iPod touch, manufacturing costs were $147 whereas retail prices were $299.

Guys, intellects are busy at how to reduce tech cost and make it affordable to everyone, even for the one lying at street corner. OLPD came with that approach but due to some issues with chip manufacturers(obviously they denied to sell/donate chips) it didn't go as the project expected. Few months ago, India showed a $10 laptop prototype and they said they are working on it. Needless to say, they recently launched TATA NANO, very cheap brand new car in India. They made it happen. I'm positive about the $10 laptop too.

So, this ridiculous $79(should've charged not more than $25 according to stats) audio players, you compare and choose your own way.