Firefox is the world's most Vulnerable browser

31 vulnerabilities were reported for Internet Explorer (IE 5.x, 6.x, and 7), including those publicly disclosed prior to vendor patch as well as those included in Microsoft Security Bulletins. 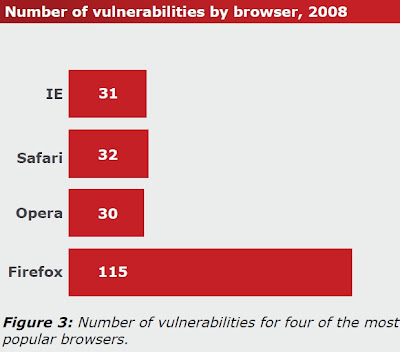 Meanwhile, Mozilla fumed at Secunia's report and lashed out stating it(report) "..is worse than useless, it is in fact very misleading."

You can read what Mozilla Team has to say about it by clicking right here.

I've no right to put my verdict on if Firefox is the most vulnerable browser or not, but every spotlight gets the attraction of crowd. So, might be the case with Firefox.

Navin said…
it's the most vulnerable yet quickly patched. It's built in update system is outstanding.
April 19, 2009 at 11:04 PM