By Navin April 28, 2009
I'm running Windows 7 beta inside my virtualised sandbox. So for so great experience. Windows 7 RC beta is leaked recently which was due to release officially next week to select community/users according to Microsoft. Whatever, the final version will be sold later this year. 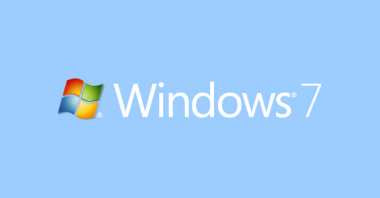 1. Virtual XP mode in Windows 7
Microsoft just couldn't get over of Windows XP due to overwhelming cries when it tried to kill Windows XP. XP support then finally been extended to 2014. May be it's their strategy to pull out adamant XP users to Windows 7 introducing Virtual XP in Windows 7. You can turn your Windows 7 act just like Windows XP. What's the fuss now? Windows XP/Vista to Windows 7 exodus is for sure, I guess.

2. Netbook Support.
Unlike previous Vista distribution, which required huge chuck of processing powers, astonishingly this latest mammoth could even run on limited resources of netbook. That's what Microsoft has to say recently. I imagined running it on my netbook very soon.

3. IE and other native MS products can be uninstalled
If you like Internet Explorer 8, keep it, if you just hate it, kick it. Now, Uninstalling Internet Explorer and some other Microsoft's built-in apps is no more pain in ass .

4. Huge driver base and better software support.
Unlike Vista, which refused to cooperate with softwares that once worked with XP and also with innumerous driver glitches, Windows 7 is opposite of that. Windows 7 works with all the softwares and it has got huge driver support. Try it to believe it.

5. Every thing Fast.
Setting up windows 7 was faster than previous ones, boot time is faster. GUI looks like Vista but it has many hidden tidbits to learn. Takes short period of time to get used to it.

6. Better UAC handing.
I was so irritated when I was bugged by that UAC thing in Vista. It was Microsoft's definition of security and everytime some changes were made, Vista prompted with that annoying '..permission needed' dialog box. Later, I had to disable UAC because despite me being user of that system, I was bothered till eternity.
So far Windows 7 has got better UAC control. Now as a user, if you make system level changes, it wouldn't prompt you but if some program tries to do by itself, then you would be prompted. This is something cool. Microsoft learned from it's mistake.

Other than that there are many new features, which to me is insignificant to mention here.