By Navin July 10, 2009
Yesterday, Google announced on it's official blog that CHROME is the next OS for netbooks. 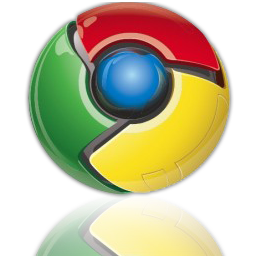 After I went through their announcement, I found that they're more focused on speed,simplicity and security. They're working with big names like Acer, Adobe, ASUS, Freescale, Hewlett-Packard, Lenovo, Qualcomm, Texas Instruments, and Toshiba. I've not read a single word on multimedia. Operating System, as a definitive term, is evolving or being changed by group of people. Anyone expecting to play around with fullblown content on Google OS, forget about it. Speed, simplicity and security has lots of restrictions being put up.

Google Chrome sounds good for people on the go, who need nothing more than information real quick, be able to communicate faster than ever and has nothing to do with gaming and multimedia rich stuff like that.

On top of that Google Chrome(Browser turned/termed OS) is being built on Linux kernel. So, it'll be the one of those Linux variations. It's just to see how Google would end up making it up hasslefree.

And, I'm one of those guys who extremely hate Linux for desktop use. Google might change that view towards Linux. Time will tell.

Granted, It's Free and open source project, there is no harm trying it next year. You've no moral rights to file complain if anything went wrong while using free OS albeit there is wide array of community based support which I again think sucks. But, what this also means the affordability. You might end up paying 20%-30% less on the same computer.

For now, I'm holding on to Windows 7, waiting for it to be released on Oct 22nd, no matter what.