Personally I shelled out all my money for shopping on Thanksgiving last month. But holiday season is still on and people are quite cautious how they spend their money considering the economy like this. Retailers, esp online retailers according to one statistic, are doing great business. People are saving on gas, avoid trip and hustling instead sitting inside their cozy rooms and shop online. I dare to put my whole story why I always favored online shopping here. 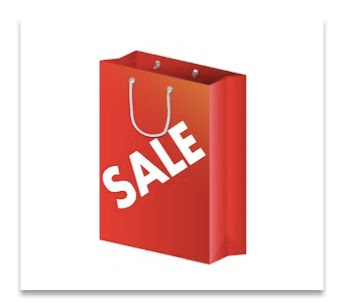 If you are one of those frugal peeps, deal hunters/mongers, I've found pretty nifty sites. I used to hop into sites checking their season deals. The only thing troubled me then is hopping into sites. That became frustration visiting each and every sites every time. Then some of these sites came whose scripts flash out the deals from almost all popular retailers established online and at one place. Imagine having over 50 retailers deal flashing out at one place. That's the catch here baby.


Deals of America
I like this personally, but one has to be real fast to respond to those deals else you'll miss it.

Slick Deals
Same like above, just be a sleek.

Promotional codes
You enter some code at checkout and you get discount.

Ebay daily deals
Watch out for the deals but be very careful about the 'Free Shipping' and the products they are selling. They might sell you 32 Inch LCD TV for less than $250(this price is considered very low the time I'm writing this), but could hide the fact that it is refurbished/recertified or sometimes even if they mention , they do it in not so visible manner.
Free Shipping is not always free shipping. One Retailer almost made $15 off tax even though it mentioned the item is free shipping. We all know Online trade is popular for tax free transaction but according to some states law,they charge and sometimes these retailers are charging way more than specified to cover their cost. So, just don't jump on deals, go to checkout and if you see the hidden cost, dump it.
Most of the ebay deals are junk. No offense but that's the reality. You get what you pay for. You need some time to research around before you put your money on ebay deals.

That's it for now. If you have more sites, send me words.

Thanks for reading my post.
Posted by Navin at Monday, December 28, 2009