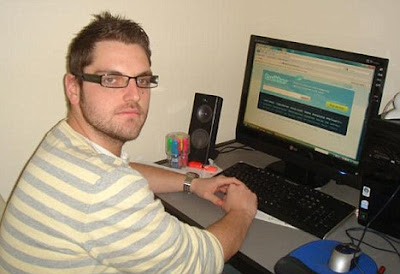 A 26 years old, Paul Chambers, was apprehended and held in jail for 7 hours as a suspect terrorist after what he twitted in twitter. 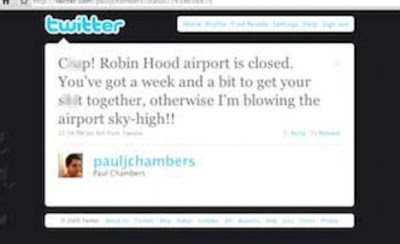 For some reason, his flight through Robin Hood Airport(UK) was delayed and out of frustration he made the comment like that to amuse his friends. It proved to be the pricey comment of his life he's ever made for free on twitter.

His iPhone, laptop and home computer have been confiscated and he's banned to enter Robin Hood Airport for life. And, now he is spreading the lesson he learned
"My advice to anyone using social networking sites is to be very careful what you say, we are living in a sensitive world and anything risque you post could be taken in the wrong way.’

He's released on bail though.