By Navin April 12, 2010
This is really interesting within few hours of the release of the software, Apple iPhone OS 4 has been jailbroken by the notorious group called 'dev team' infamous for releasing Jailbreak updates on Apple OS, before the OS's official launch. 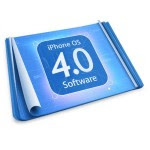 It seems Apple is now almost synonymous to "jail-broken".

Whatever, the way they do it, is not yet released. It's just floating around the net. It's expected they'd release the details with the official launch of the OS. Apple executives must be pulling their hair off in fury.