My Nintendo 3DS review and speculation 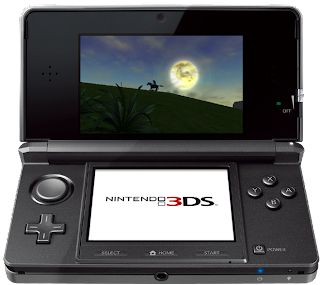 Nintendo DS revolutionized the way people played games. It topped the chart as the best selling among the portable handheld gaming devices. With it's first generation Nintendo DS announced on November 13,2003 due for release the following year, it created hype and so far delivered it. After it's huge success, Nintendo released the Nintendo DS lite, a redesign on March 2, 2006. It was slimmer and brighter than it's predecessor with added features. Then on October 2,2008, Nintendo came up with another version of Nintendo DS known as Nintendo DSi. Few Unique things about it was two cameras and DSi shops for DSiwares. And not so long ago, on October 29, 2009, they announced Nintendo DSi XL which was also sold as Nintendo DSi LL in Japan. The most intriguing feature of this particular model was massive screen. It packed in all the improved features from it's older models but with significant huge screen and audio capability. I happen to own two models on my possession; Nintendo DS Lite and DS XL. So far I've to admit I'm happy with my buy. 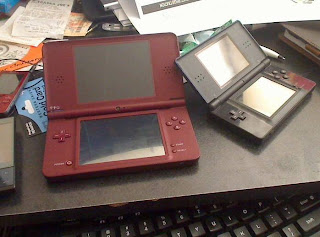 my Nintendo DS XL and DS Lite
Now, Nintendo 3DS is the latest incarnation of Nintendo DS. They announced it on March 23rd, 2010 in Japan. After few months, on June they demoed the prototype how it would look and feel at E3 Expo. It drew lot of attention and lately it's on many gamer's waiting list. This new gaming handheld will bring all the 3D games into your pocket. Unlike old 3D roaming in some of DS games, this new Nintendo 3DS will have totally new 3D dimension to experience. Let me list few of those unique features than it's predecessors:


Alright, these are some of the unique features I've noted so far. As you can see, the screen is gonna look much crispier than before. Battery life is said to be go more than 17 hours on low bright settings. 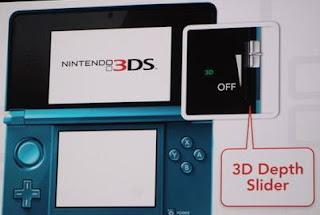 My HTC phone features gyroscope. It keeps up with my orientation while handling it, kind of motion sensor. Similar feature can be found in Nintendo 3DS. It's more focused towards user control this time. It's dynamic in a sense it even lets you adjusts the intensity of the 3D effect depth. So, guys you can set your own preferences. It also has a round nub analog input called the 'Slide Pad', an accelerometer. I'm sure some games will utilize these features in full. I was kind of tired of using 4 ways directional keys and this 'slide Pad' will definitely gonna ease up while playing games. Especially useful for combo moves in fighting games. 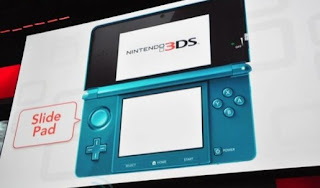 If you've been envying 3D console games, Nintendo 3Ds is gonna end that soon with what I've seen and I strongly believe that all those 3D titles like Grand Theft Auto,Metal Gear Solid,etc will soon be inside our pocket. I still wish I could play games like GTA 4 in real 3D on my Nintendo DS, not the one I've been playing like ChinaTown wars from top isometric angle view. It simply sucks like I'm playing 90's games. During the keynote presentation, Nintendo chief promised a huge number of real 3D titles coming up on its way.

Impatiently, I'm waiting for Nintendo 3Ds due to release next year on March 2011. I got my last Nintendo DS XL for approx $180. The estimated price for this new Nintendo 3DS is between $199 to $299.

Nintendo if you are reading this, I've a suggestion for you (Sneakingly, companies are as part of a growing trend recently looking towards what bloggers are saying about their products.), get your next Nintendo DS prototype up with TV out option. Most probably, HDMI or any sort of connectivity to 3D TV/HD TV would be stepping up into future. It's time to marginalize and converge. We'd be ready to pay little up for that extra added feature. You could still make profits if you are fearing loss in sales on your other consoles Or may be you guys are already working on it Or may you are not yet ready for that.

Check the video below from IGN crew sharing their Nintendo 3DS hands-on experience:

Pre-order some of these Nintendo 3Ds games:

Janene Murphy said…
My kids are absolutely chopping at the bit for this to come out. I can't believe the amount of excitement this has caused in my family. Their Christmas lists are ready and it's only August!
August 23, 2010 at 9:44 AM