Jailbreak iPhone easily without paying a dime for Free

By Navin September 06, 2010
Last month, Apple Inc must have been devastated with Federal Communications Commission decision declaring jailbreaking of iPhone as legal. Everyone is jumping on the bandwagon. It widened the scope of app use. 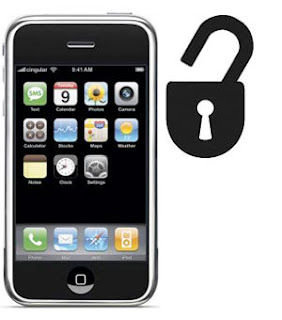 A jailbreak lets you run apps/themes/tweaks etc not approved by Apple Inc. It lets you however way you want your device be. When you pay for the device, you must own the device. Nobody can tell you what to do and what not to do. If Apple Inc is to say that, then it should distribute it's iPhone for free otherwise, it has no right to control the device once it's sold and needs to shut up.

In my opinion, it all started with when Apple rejected Google Voice app last year. The silent dispute was running ever since. Finally, the decision was made and Apple Inc was knelt down. As we all know, there was some concern about Google's contribution(for ex: Youtube's Obama girl on every keyword 'obama' ?) in the last presidential campaign that helped a lot to Obama Administration(remember President Obama's every announcement via YOUTUBE CHANNEL). News were out about the tie between Obama Administration and Google. I think there is something to do with this. Must have been lobbyists work on Washington but whatever, this was the greatest decision to make jailbreaking of iPhone legal.

Apple forgot they packed in computer's functionality on their phone. That means their phone has got their own proprietary Operating System. It's a small computer by itself with phone capabilities. And, with small computer, It can access Internet and when it touches the ground of internet, it has no right to restrict things on the internet. Everything on the cloud shouldn't be personalized for it's mere selfish benefits. But Apple as evil as it could be, tried to restrict services on the internet. It was practicing activities which was against the net neutrality when FCC is actively supporting it. With net neutrality, what I understand is that no online company(network provider, ISP etc) has right to restrict/ban the use of certain internet contents based on prejudice or their special needs/benefits. Apple Inc was needed to be taught that. From a consumer's perspective, this was indeed a noble decision.

If any of you need to jailbreak your iPhone, there is an easy way. Check this site out:
jailbreakme.com
Visit this site from your iPhone's safari browser, and follow the steps thereafter. And, if you've decided to use this site to jailbreak your phone, make sure you've not updated your iPhone past 4.0.1. This site won't support jailbreaking iPhone if it's past version 4.0.1. May be in the future.

There are some side issues though. Apple won't support  your device if your device is rendered useless in the course. So, with this you void the warranty. But, jailbroken iPhone can be reverted back to it's original condition thereafter allowing you to follow up with the official Apple updates if you change your mind later on.


Disclaimer: Meroguff takes no responsibility for the damage caused using the information provided on this blog. Use it at your own risk.
Or completely avoid messing up with that expensive brick, and get something else other than iPhone.