By Navin October 29, 2010
Tianhe-1A, a new supercomputer revealed today at HPC 2010 China, has set a new performance record of 2.507 petaflops, as measured by the LINPACK benchmark, making it the fastest system in China and in the world today(1). 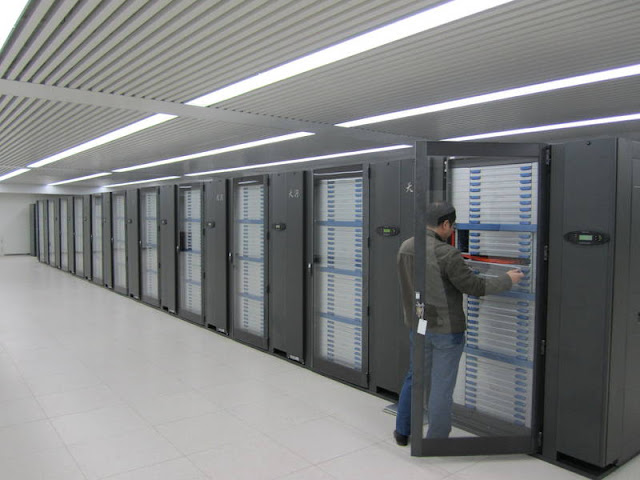 More importantly, a 2.507 petaflop system built entirely with CPUs would consume more than 12 megawatts. Thanks to the use of GPUs in a heterogeneous computing environment, Tianhe-1A consumes only 4.04 megawatts, making it 3 times more power efficient -- the difference in power consumption is enough to provide electricity to over 5000 homes for a year.

Tianhe-1A was designed by the National University of Defense Technology (NUDT) in China. The system is housed at National Supercomputer Center in Tianjin and is already fully operational.

"The performance and efficiency of Tianhe-1A was simply not possible without GPUs," said Guangming Liu, chief of National Supercomputer Center in Tianjin. "The scientific research that is now possible with a system of this scale is almost without limits; we could not be more pleased with the results."

The Tianhe-1A supercomputer will be operated as an open access system to use for large scale scientific computations.

"GPUs are redefining high performance computing," said Jen-Hsun Huang, president and CEO of NVIDIA. "With the Tianhe-1A, GPUs now power two of the top three fastest computers in the world today. These GPU supercomputers are essential tools for scientists looking to turbocharge their rate of discovery."

fastest computer said…
UF rivals fastest supercomputer in the world
March 22, 2011 at 4:25 AM