By Navin March 02, 2011
Android Honeycombs are already on the market.Motorola's Xoom tablets based on android honeycombs are being appreciated for it's features and specs. Apple will unveil iPad 2 tomorrow, March 2, 2011 as speculated. What happens next when Apple launches iPad 2? 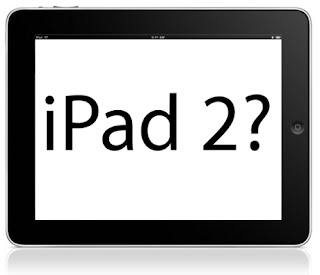 One thing will remain same, iPad 2 won't have FLASH support no matter in which self it manifest itself. Not so long ago, Apple chief has already declared that there is no future for Flash. So, don't expect to see FLASH. As thought, it will definitely be thinner and slimmer than the old version. That could mean, iPad 2 will be more focused towards cloud computing. That means, more restrictions to end users. New iPad 2 owners will find that they've no control over their own devices, everything they enjoy will have more price to pay for. Slim device and cloud computing seems quite futuristic and applaudable but personally, I think we're not yet ready for that. Apple has set standard for being innovative but not to forget, there are flopp products too they introduced in their line of product history. iPad 2 could surge it's sales but based on hype.

If you ask me, I give thumbs down to iPad 2.