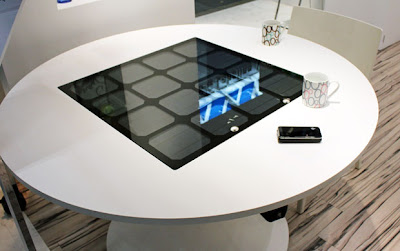 Solar powered wireless charging seems formidable option as opposed to traditional way of wired charging. But the thing remains same. Still same hassles of looking around for charge station and stuff. We're still not heading towards the directions we are dreaming.

I always hoped that we have major breakthroughs in our everyday things, the way we do and we live.
There is this big corporate greed that comes between you as a consumer and the reliable free energy.
There have been several technologies showcased since few years in several tech expos like CES. They are still not being materialized and struggling to enter the competitive market. There are various setbacks if one is to embrace this new technology. First the transitional cost to new technology, hassles of extra panel or mat(if it gets ubiquitous one day, that's the different story) , accompanying compatible batteries and new threat which poses direct/indirect risk to human health in the form of electromagnetic radiation. And, I'm pretty much sure not all corporations are supporting it. Because they are already making big money off of current one.

Many years ago, I still remember the fuel cell technology widely advertised later on only to find it's pronto death because of it's unreliability and other risks. It's easy to pass on judgement without seeing consequences but there are some real-deal innovations and technologies which are purposely killed before it's formation because of same corporate greed.  Tesla would have given us Free Electricity.. alas..
I am eagerly dreaming of solar powered self-enabled devices, well someday... Time will tell us where it will head but if you ask me personally, I don't think these so called solar powered wirless charging tables are pragmatic.

Reasons are already mentioned above. Give us self-charging devices(and of course big Corp won't let that happen,  their revenue from the sale of accessories and others will plummet in no time and they don't want it) and see how people would react.

The charging table idea is not bad i suppose.

Wouldn't it be great if you started writing your own posts rather than copying other's words. Just a thought.

It's called Guest blogging and I posted it under "Guest Column". I didn't post someone else's article as mine.
Check my other postings they are mine :D

I am afraid more importantly you have been fooled into publishing something created by someone using a false name and involved in criminal activity - more details here:

Your post is absolutely great! Like me, pretty much sure lot of your readers had a great knowledge after they read your post. Thank you so much for sharing this!

thank you so much for sharing this important information!!!!