iPhone Craze growing all over the world

By Navin July 01, 2007
Strange but true, world is crazy about iPhone. Apple's New iPhone which possesses features of iPod media Player,smart phone,Internet/Email and lots more was launched on Jun 29th, few days ago. People were on queue since evening to get iPhone. 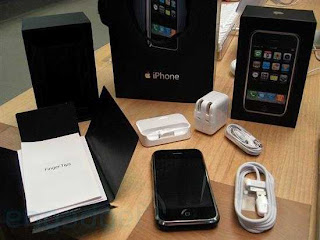 Apple iPhone - Out of the box 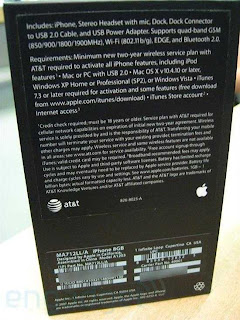 Behind the Package box mentioning all the items included within it 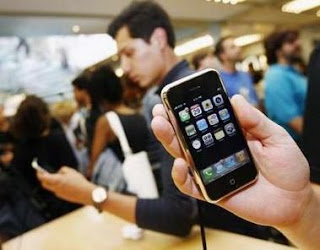 Umm, how does it feel at palm - close look

Ever since Apple Computers became Apple Inc, Apple jumped into Phone Manufacturing department too. iPhone is their first of a kind and it got sold pretty good.

In February, i wrote some words on iPhone . Full features were not known by then. But now, it's launched,exposed and being used by millions of user.

iPhone has become greatest possession to own. Currently it's priced at US $500 to $600 varying from place to place due to transit cost and other type of taxes.

It weigh around 135 grams and it is loaded with Apple's OS X Operating system. Navigation is done simply using fingers. That means, iPhone has got touch screen to explore features within it.

To know each and every details on this cool gadget. click this link below http://www.apple.com/iphone/

Below are the screenshots revealing crazy over iPhone: 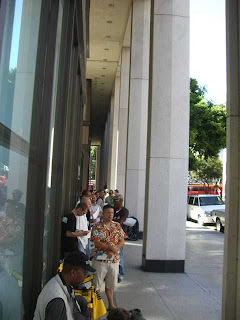 SanDiego,California - People queue up to get iphone 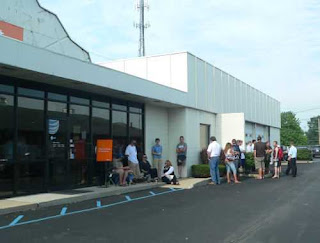 Columbus,Indiana - People lining up for iPhone 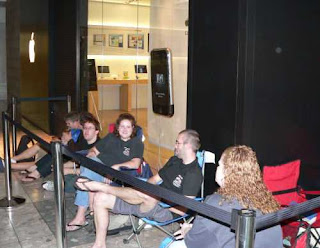 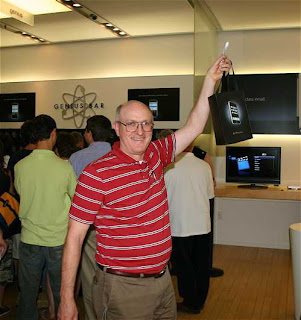 As happy as winning a world cup

Navin said…
Researchers at iSuppli are claiming Apple is charging double the manufacturing costs for iPhones.

ISuppli analysts have disassembled the 8GB model of the device since its Friday debut in the U.S. The analysts dissected the components used to create the device and furnished estimates of the likely cost of the parts used.

They found that high-end model -- the most expensive to buy at US$599 -- actually imposes manufacturing costs of $265.83. While the cost estimate ignores logistics, patent royalties and administration/freight, it does suggest Apple's margins could be as high as 55 percent on the product.

An analyst at Goldman Sachs Monday issued a revised prediction that Apple sold as many as 700,000 phones this last weekend, in contrast to previous estimates claiming over 550,000 sales. - By Jonny Evans
July 4, 2007 at 6:03 PM