By Navin February 02, 2008
Internet brought boon, as well as curse for some who died or is suffering.
A list of deaths that the use of internet has caused. 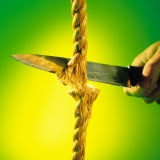 * 1996: Sharon Lopatka, an internet entrepreneur from Maryland allegedly solicited a man via the Internet to torture and kill her for the purpose of sexual gratification. Her killer, Robert Fredrick Glass, was convicted of voluntary manslaughter for the homicide.

* 2003: Brandon Vedas died of a drug overdose while engaged in an Internet chat, as shown on his webcam.

* 2003: A Girl in Kathmandu(NEPAL) brutally stabbed by a stalker whom she met online and started dating.

* 2007: Jennifer Strange, a 28-year-old woman from Sacramento, died of water intoxication while trying to win a Wii console in a KDND 107.9 “The End” radio station’s “Hold Your Wee for a Wii” contest, which involved drinking large quantities of water without urinating. She placed second in the contest.

* 2007: Kevin Whitrick, a 42-year-old man committed suicide by hanging himself live on a webcam during an internet chat session.

and if you think carefully and try to stand on musicians or movie directors shoe, Internet killed them too. That's how they think. Lots of music and movie sharing online is making them loose big share on the market.

Webster Twelb said…
yea. you're right about that.

I just wanna add...that there's a young girl in some province in the philippines who eyeballed with his friendster-mate that she hasn't seen before...she hasn't been seen again.
February 2, 2008 at 3:36 PM

Anonymous said…
lol This is just a minor problem of Internet brought to the misused people. If year 2008 still don't have Interener I think now both of us don't have a chance to blogging already
February 2, 2008 at 9:58 PM

MangalMan said…
did not know about that kathmandu girl incident.Can you elaborate?
February 2, 2008 at 11:36 PM

Navin said…
Mangal, I'll let you know very soon, cos i forgot the name of the girl, and she was killed by someone whom she met online, dated and that guy purposed her but she refused. And, on her way to school oneday early in the morning, the guy stabbed him to death. I saw her pictures in news when that incident happened near chakrapath,basundhara area of kathmandu .
February 3, 2008 at 7:13 AM

Webster Twelb said…
Her parents reported that she's missing and i think the girl also called saying that they she's fine..