By Navin November 06, 2008
Despite huge record breaking promotion and download day campaign, Firefox is able to grab only the 20% market share. Whereas Internet Explorer looses it's share and now limited to only 71% from 95% according to one study. Internet Explorer is still the massively used internet browser in the world. This is the seen and experienced fact. I've been to many clients, most of them mid-aged and older and they don't know what on earth 'Firefox' is. They are just happy with the way 'Internet Explorer' is. It's already there in the system.

Few month's ago, I was fascinated to learn about Google's Chrome browser. One of the coolest feature that it has incorporated is 'Incognito Mode'. I exaggerated 'Incognito Mode' then. Obviously, I was excited. Now, following the trend, the next update(Firefox v.3.1) of Firefox is coming up with a feature something similar to 'Incognito Mode' in Chrome. 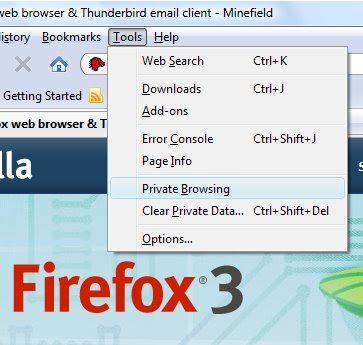 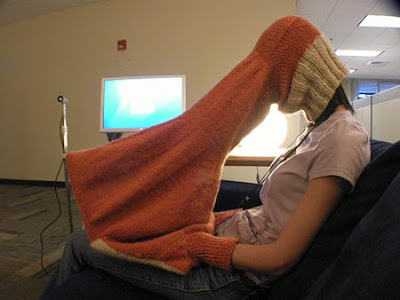 This will save lots of time and the moments of reluctance to use other's computer to check your vital information online.

Ever since, Google's Chrome has come up with that feature, there is a hurdle among browsers developer to incorporate this feature. Following the trend, IE8 has something similar already in it's bag. They've named it as 'InPrivate Browsing' tool. When IE8 will be released, 'InPrivate Browsing' would become one of the interesting features.

But for now, I'm waiting for that Firefox update.