By Navin January 16, 2009
CES 2009, as I watched on Live TV shows and online were one of the best shows I've ever seen. CES 2009 really showcased the outstanding tech products for upcoming year and most of them were jaw-dropping innovations. Few of them exhibited were ridiculously useless and some of the products were over-priced if you ask me. It seemed they didn't really care about the sour economy that we're experiencing but definitely, I'm not gonna blame on those companies. Newer technology and latest innovations have always been expensive as usual when they make entry in the market.

My verdict on CES(Consumer Electronic Show) 2009:
Upcoming year will see the proliferation in Wireless and Touchscreen technology. Everything, every gadgets,robots or stuffs shown on this year's CES 2009 were somehow and ultimately based on wireless and touchscreen technology. Small and efficient gadgets are priority and with wi-fi, it's even more desirable than ever as it would leave space uncluttered than those traditional wired gadgets.

So, I found CES 2009 is all about going wireless and brand new touchscreen innovations.

Apart from that, CES 2009 also showcased very few green energy technology which do not use harmful chemicals at all.Today's devices are still considered ecologically harmful and environmentally unfriendly as they cannot be recycled. Green Technology, if adapted widely, will change the course of that traditional legacy.


SOME REAL INNOVATIVE TECH STUFFS IN CES 2009
There were thousands of thousands products in display and when I checked CES 2009's official website, it's overwhelming to learn even more stuffs listed. Only some of them were attention drawing. I caught my eyes on some of the coolest gadgets which I personally think is really impressive and innovative. Remember, I'm doing an unbiased r-e.v.i.e.w from consumer's perspective and it's totally different than that of pa.id Anchors/bloggers or Journos marketing high-priced specific products. 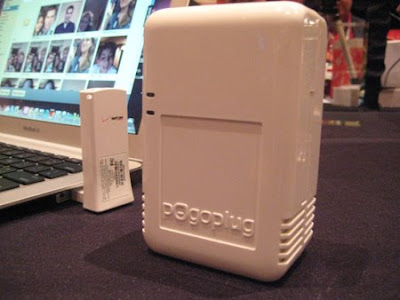 Pogo Plug is a very small device with a USB and Ethernet port. The main usage of this device is to put any external USB harddrive on Internet or say in network. So, next up, you can have the contents of your drive from anywhere around the world with Internet within your reach. Just plug USB harddrive cable on it's port and connect other end of Ethernet Cable to it from the router, this configuration-free devices will be up in a second and ready for work. Get your media from anywhere in the world through Internet.
Pre-order rate is $70. Once launched in the market, it's price will be $90.
Note: Already existing Network-ready hard-drives are gonna have pretty hard time for sure.

Some of the things are best shown in Videos than Images, here is an awesome PICO Projector in action

Samsung is so far the first company I've ever heard to incorporate the 'Projector' feature on it's phone. Before this, I've never heard about PROJECTOR bundled as one of the feature inside a phone.

Samsung's DLP Pico Projector phone certainly blows your mind. This phone lets you break free from 2 inch screen to massive 50 inch screen, just like the traditional projector but the important thing is about it's extreme portability and size, plays all media files, images, videos/audio everything that's viewable in this device. Who might have thought that Projector could be of your palm sized. Now, anybody can give conference speech without worrying about much expensive projector-setup in a hall.
This is one of the mind-blowing prototypes I've seen in CES 2009, and it's coming this year. Price is unknown by the time I've written these lines. 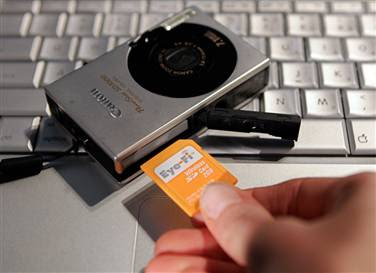 Eye-FI Inc introduced their new wi-fi enabled SD card. If you are one of those guys who takes out SD card to feed it into the SD card reader to pull all the images/videos into your home computer, then forget about your worries. This wi-fi enabled SD card will solve your problem. Just use it as regular SD card in your digital camera, and when it's time to transfer files, wirelessly transfer all the content. Also, Eye-FI has developed a technology that would allow the user to upload Hi-Def videos saved in EYE-FI SD cards to YouTube account. This is one of the awesome products I'm seen in CES 2009 ever.

Currently this is available at $130 for 4 GB models. Price might drop pretty soon. 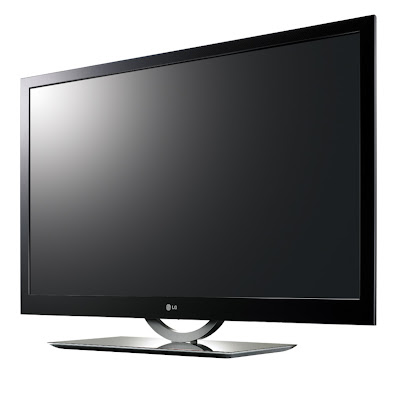 Regular HDTVs are passe. What's new is the wireless HDTV and yet surprisingly slimmer than any HDTV seen yet. LG showcased their first wireless HDTV which operated from wireless 'Media box'. This is 55 inch latest HDTV from LG. Going wireless is all about being cool, nah-days. Don't you think so? I think this is really an innovative product. 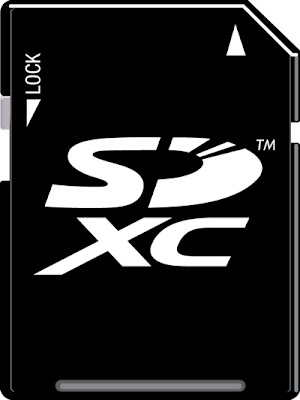 Wait a second!! 2 TERABYTE?? in a small form factor. YEUUPP.. What the heck?? I was awed when I saw this stuff. Common, I don't have 1 TB harddrive yet and this guys have come up with 2 TERABYTE of storage for mobile devices?? SD announced that they are launching High Speed 2 TB SDXC(X for extended). I've 16 SDHC(H for High) SD Card to be proud of. phew.. SDHC is future of storage for sure. Price is not known yet. 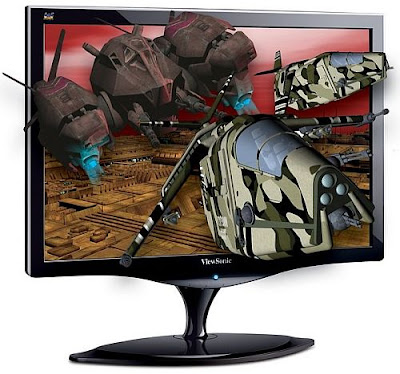 Mitsubishi also showcased something similar but it's all about 3D glass receiver and sender at the top of the PC which works concurrently only with the NVidia GPU's. It takes just a 3D glass sets, driver installation on the NVidia GPU installed Computer and that's it. Experience 3D from even a regular Screen.

Some of the attendees complained nausea feeling after 3D experiencing while some didn't. 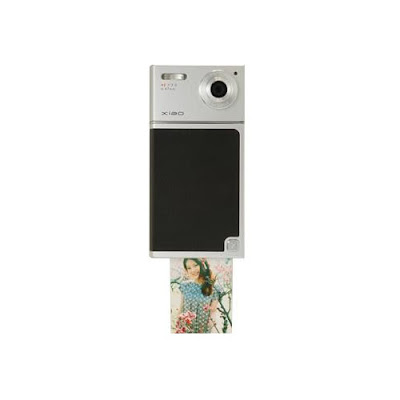 Awkwardly named, TOMY xiao TIP-521 Digital Camera with Built-in ZINK Printer is something I've never heard or read before. Definitely, I've heard and seen some of the old polaroid camera in work with similar functions. What makes this thing special is all about it's Inkless printing. This 5 mega pixel camera with it's built-in Zink printer can print in few seconds without any ink. It also has IR receiver through which any pictures sent to it, will be printed using it's built-in software. Once again, without INK. well.. this is really weird yet innovative. I've used/tested thermal printers which don't need any ink but I've never seen something like this in a digital camera with printer built-in, and without ink printing. Awesome Invention. 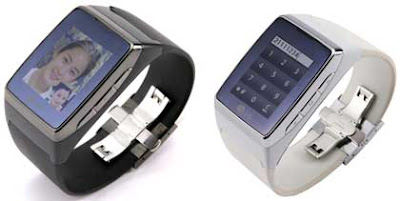 This is another mind-blowing innovation and kick-ass gadget to die for. Personally I'm waiting for LG's 3G Watch phone to come in the Market. This phone just looks like an ordinary watch but what differentiate it from the rest is it's features like touch screen, 3G services allowing you to have video conferencing or calls, at the same time wi-fi ready, software enabled, many traditional Watch interfaces(analog/digital) etc etc.
They said on CES 2009 venue, right now it's not even in production. Just few prototypes. When I watched it on the TV show, a guy was using his SIM Card on it. As it's just a prototype, I'm pretty sure, those phone companies must be running after it to sign them under their contract. Whatever, this is one breakthrough invention which will truly allow your hands free while talking at the same time. 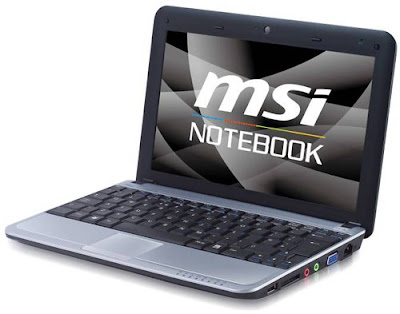 MSI WIND U115 Laptop is next generation hybrid laptop weighing just 2 lbs, .7 inches thick. The most notable feature is hybrid storage system i.e regular harddrive and SSD(Solid State Disk) on it. The Entire Operating system is installed on SSD and load off it whereas spindle-based sluggish harddrive would be used only for data access and other secondary file storage purposes resulting very low power consumption, very faster file access, zero fragmentation and giving battery life upto 10 hours at one go.

These are some of the notable gadgets in it's upgraded form showcased during CES 2009. The technology that we've used before with some slight changes and different look are listed below based upon my own personal judgment. 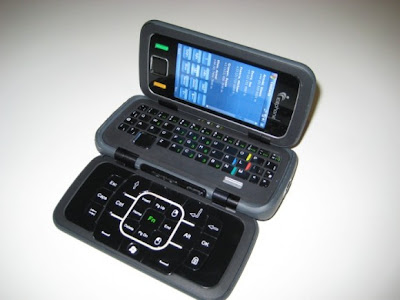 This is foldable ICEPHONE with 3" TFT LCD Touch Screen, GPS, Wi-Fi,Bluetooth,PTT, 3.1 mega-pixel camera,etc. Manufacturers also incorporated some extra gaming pad feature onto the phone giving it a different look from traditional touch screen phone. Personally, I think it's gonna be a big flop because of it's design. 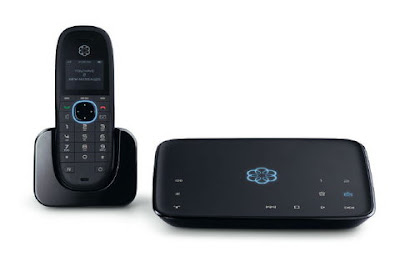 OOMA, a CA based company showcased their VOIP phone set 'Ooma Telo' in CES 2009. It's just hooked up the way VONAGE phone does, that's on your router and Works better than MagicJack based on user reviews. Unlike Vonage and Magicjack, the payment is onetime for lifetime. Price range is from $199 to $299 based upon configuration.

This phone system offers free calls in US and Canada. It comes with it's cordless handset. Extra high-def voice, phonebook,phone tranfer,ring tone selection, voice mails, etc are some of it's features. 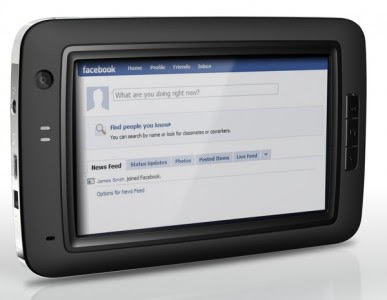 Google Android OS is definitely gonna take over the mobile devices. This next generation Tablet is another device to use ANDROID as it's base operating system after G1. It has 4.3 touch screen, wi-fi, mic & camera, soft keyboard, built-in web camera for video conferencing, expansion SD Slot, etc. If one is looking for small yet powerful alternative to Personal Computer, this is the right gadget.

It's price is set at $149 and no contract either, available by the end of the year.
NOTE: Another Device to embrace Android as Mobile OS in CES 2009 is Palm Nova, New Android Verizon LG VX9600.

It supports Widgets(downloadable) for full-blown internet experience. Live applications, full QWERTY keyboard,built in GPS, Wi-fi capabilities,etc are some of it's features.

It's going to be released by the end of this year in US whereas it's pretty soon going to be launched in Europe at some 530 Euros with additional taxes. 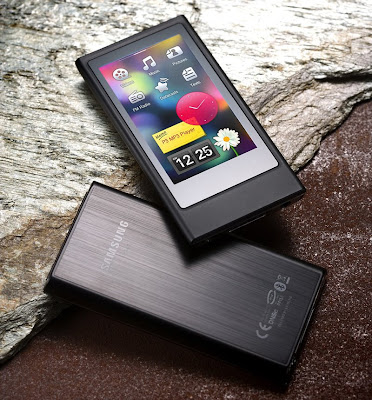 Samsung P3 was shown in CES 2009 event. This media player is nicely designed with 4/8/16/32 GB storage capacities. It has got 'true haptic feedback' touchscreen, switching back and forth from tracks have been made swift and plays many formats of medias. The only drawback is it doesn't carry wi-fi feature other than that, it excels IPOD in every way.