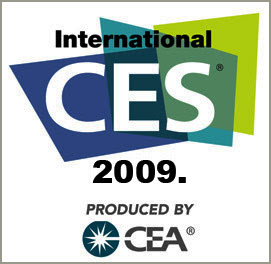 I was watching the CES Live Show 2009 and pretty much excited to learn about new innovations and technologies shaping up in upcoming years. This CES 2009 features more than 2700 exhibitors showing their latest products and services and it is believed that more than 130,000 attendees are going to witness the show. The interior of the show was decorated based on 50's diner food. 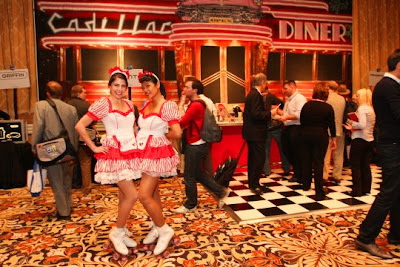 src:cnet
50's theme on the SHOW
The show was started by a guy named Gary Shapiro, President and CEO,CEA(Consumer Electronics Association) and after few minutes of his rambling, Microsoft CEO Bill Gates.. ooops sorry.. now Steve Balmer took over and presented the keynotes on the CES show. Like everyone these days, they started their talk on key issues of economic crisis and somewhat implied technology as vital as things of basic necessity.

Steve Balmer announced the beta release of Windows 7 going public this week on Friday 9(tommorrow). He was greeted with a round of applause when he said that Windows 7 Beta DVD is available for all the invited attendess right after his speech. Besides, he talked about facebook intergration from within the Windows powered mobile devices and services. Personally, I didn't find that much intuitive. He elaborated on how extensively Windows as an Operating System is being used by huge percentage.

I'm eagerly waiting for their Windows 7 Beta to go public. I tried to give Windows 7 a try from some other sources few days ago but the ISO was corrupted and failed the installation because of some CRC errors.

Lots of old and new emerging companies are showing off their latest wonders on the show.